The Booker T. Washington Memorial is 25 miles from Roanoke and since we finally had a half way decent (no rain) day we headed out that way. 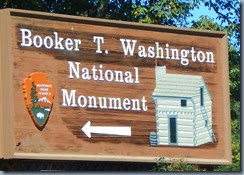 "I was born a slave on a plantation in Franklin County, Virginia. I am not quite sure of the exact place or exact date of my birth, but at any rate I suspect I must have been born somewhere and at some time."

On April 5, 1856, Booker T. Washington was born a slave on the 207-acre farm of James Burroughs. His mother was a cook, his father a white man from a nearby farm. 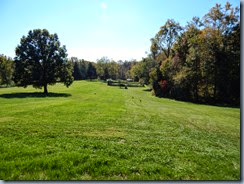 There was a time in America when human beings were bought and sold. A written inventory cataloged the salves on the Burroughs farm in Virginia in 1861, their monetary worth calculated according to the work they could do. On this list was a little boy, named simply “Booker,” valued at $400.

They are doing some preservation work on the cabin where Booker was born and lived. 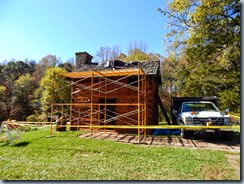 This is a picture that I took from the web so you can see it without all the scaffolding. 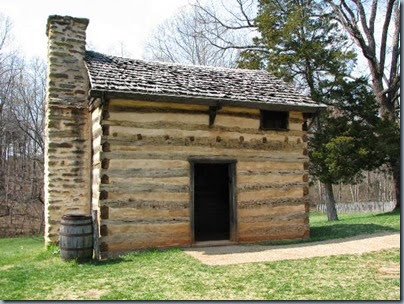 One of his jobs was to carry books to the schoolhouse for one of the Burrough’s daughters. He wrote: “I had the feeling that to get into a schoolhouse and study would be about the same as getting into paradise.”

In April of 1865 the Emancipation Proclamaation was read to joyful slaves in front of the Burroughs home. Booker’s family left to join his stepfather in Malden, WV. 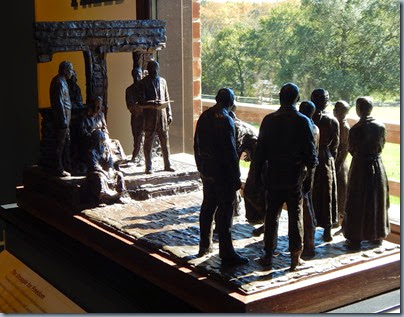 Through his perseverance and tenacity, Booker started his education. At the age of 16 he walked to Virginia to enroll in a new school for black students, Hampton Institute. He later became an instructor there. 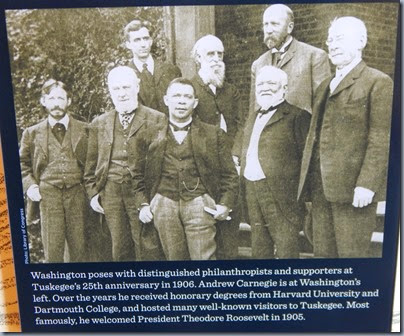 In 1881 Booker founded a school for blacks in Tuskegee, AL. He and his students constructed Tuskegee Institute themselves, brick by brick. They even made their own bricks. He was the first principal of the school and became one of the most influential African Americans of his era.

There are several animals on the farm as well as a huge garden that are taken care of by volunteers. 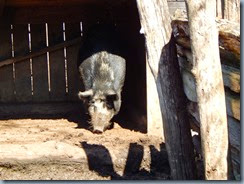 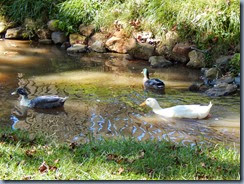 Booker T. Washington died in 1915 and is buried at Tuskegee.

I had to get a new camera. My old point and shoot had strange, wiggly lines and black spots on the lens and it couldn’t be repaired. I cropped pictures to get rid of these lines as best as I could but it just got to the point where I couldn’t crop any longer. So I have a Nikon CoolPix L830 with a 34X zoom. No more weird lines.