We visited the site of the Polegreen Church. The church was burned and those who are trying to preserve the history of the church put up this frame showing where the original building stood. 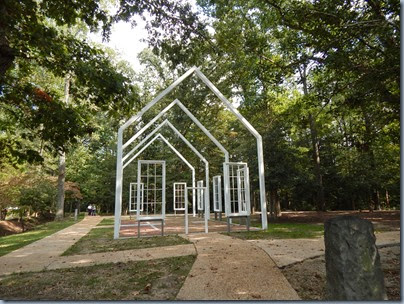 The following information was taken from the Polegreen Church web site. Fascinating story.

From the founding of the Virginia Colony in 1607 at Jamestown Island until the American Revolution 170 years later, there was only one officially recognized religion in the colony. The Anglican Church operated as the established church. Church structures were built by the colonial government, and their ministers were paid by taxing the citizens. All other religious groups were discouraged, suppressed and harassed.\ 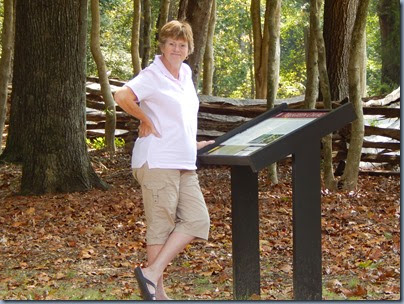 In the late 1730's a powerful religious movement, which became known as the "Great Awakening" took hold in the middle colonies of America. In 1739 a Hanover County brick mason named Samuel Morris gathered his family and some neighbors into his home regularly on Sunday afternoons to read the Bible and religious tracts, including George Whitefield's sermons. This was the beginning of the dissenter movement in Virginia. 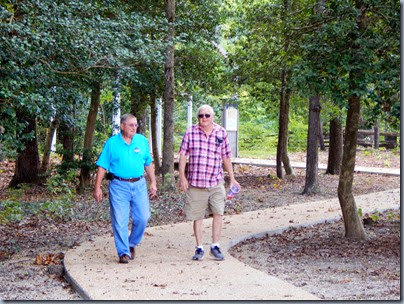 By 1743 the Governor's Council in Williamsburg licensed four dissenter "reading houses", three in Hanover County and one in Henrico. They were all named "Morris Reading Houses". The reading house built on Samuel Morris' land was named after George Polegreen, a land grant recipient of the previous century.

This framework shows where the original reading  house was located. 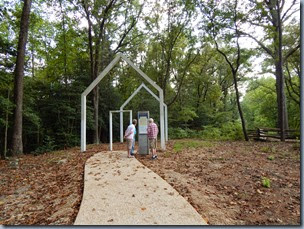 At the request of the Hanover dissenters a newly ordained 23-year-old Presbyterian minister from Pennsylvania arrived in 1747 to be pastor of the four congregations which had been licensed by the Colonial government in 1743. Samuel Davies was the first non-Anglican minister licensed to preach in Virginia. Among his achievements was his pioneering effort in the education of black slaves. The classic negro slave spiritual, "Lord, I want to be a Christian in my heart" originated at Polegreen.

Patrick Henry worshipped with his mother, a Hanover dissenter, at Polegreen during the twelve years Davies was in Virginia. 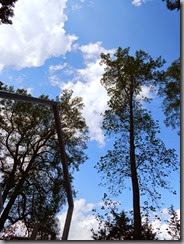 For more than a century the Polegreen Church stood as a monument to the Hanover Dissenters and Samuel Davies in their struggle for religious liberty in pre-revolutionary America. In 1864, during the Civil War, General Grant, trying to take Richmond, made an attempt to break through General Lee's lines along the Totopotomoy Creek. Polegreen Church rested squarely in the center as the two armies faced each other. During an attack the Union forces overran the Confederate outer positions and occupied the church. In an effort to dislodge Union sharpshooters, Confederate artillery fired on the church and set it on fire.

In war-ravaged Hanover County the congregation which had worshipped at Polegreen could not afford to rebuild the destroyed church.