Virginia is for Lovers

That is the state slogan and Virginia wants to prove that "love is at the heart of every Virginia vacation" in a big way by having giant "LOVE" artworks pop up  across Virginia.

It’s really hard to do any sight seeing when it’s pouring rain so we decided to head to Lynchburg for lunch.

This LOVE artwork in Lynchburg shows activities that can be enjoyed in that city. The L features shoe cut-outs for walking/hiking; the O has children's bicycle wheels to represent biking in the area; the V has canoe paddles attached; and the E features skateboard wheels. 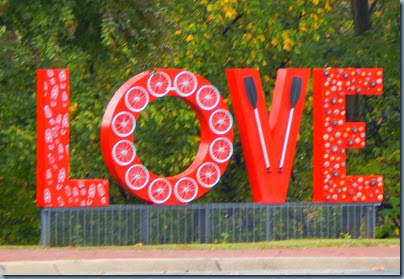 The Craddock Terry Hotel is by far the best hotel in Lynchburg. The building is a re-purposed shoe factory located on the edge of Lynchburg's industrial area near the James River. The shoe factory was the largest shoe manufacturer in the United States. 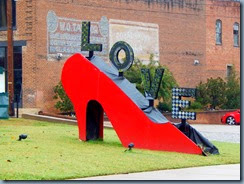 We had lunch at the White Hart Coffee Shop. I wanted some good french fries and found good reviews for this place. The reviews were definitely right on. We split a hamburger and the fries and it was really good. 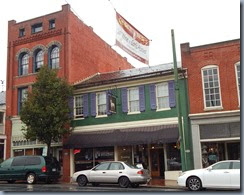 This place is a college hangout and we found it interesting that the majority of the young people all had Mac computers.

Here’s some Lynchburg history for you.

Lynchburg was the only major city in Virginia that did not fall to the Union before the end of the Civil War. 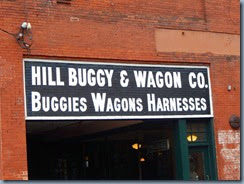 At one time, Lynchburg had more than 45 tobacco factories. Most of their tobacco was processed into chewing rather than smoking tobacco. 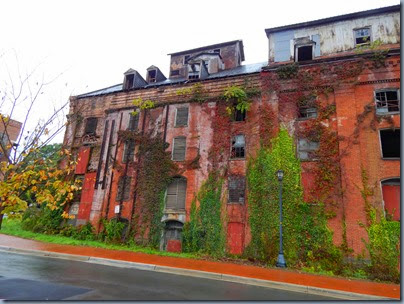 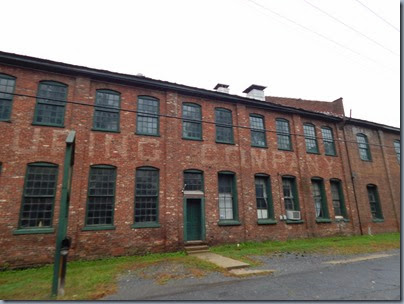 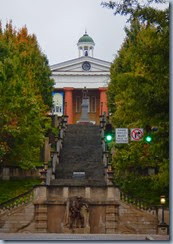 Doughboy statue at the base of the Terrace. 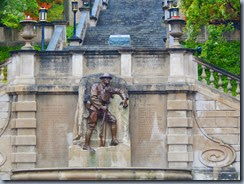 Even with the rain the Fall colors are beautiful. 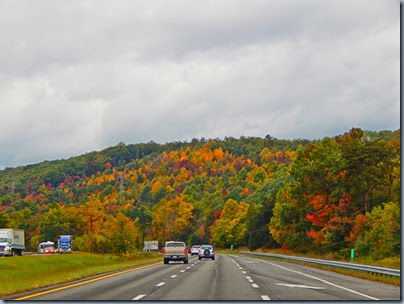