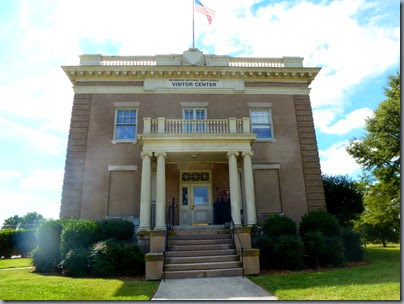 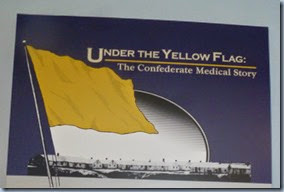 During the Civil War large numbers of soldiers came to Richmond hospitals for medical treatment. A yellow flag was used by hospitals (both North and South) to protect the building from destruction.  At the beginning of the war, both the North and the South used a solid red flag to designate medical sites near the battlefield. Plain yellow was often used for more permanent hospitals located in nearby towns. In January of 1864, an official hospital flag was adopted by the Union, yellow with a green "H." The Confederacy did not adopt an official flag, mainly using solid yellow or red to mark their hospitals. Yellow was used to designated an established hospital, and red a field hospital. 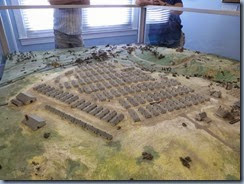 The best known and largest of these medical facilities in Richmond was Chimborazo Hospital.

It was established in 1861 and was built as a temporary hospital. During the war, Chimborazo treated 78,000 sick and wounded Confederate soldiers. Good air circulation and breezes along with good sanitary conditions reduced the mortality rate at Chimborazo to a mere 10%.

Chimborazo sat up on a hill that was named for Mount Chimborazo, an inactive volcano in Ecuador.

At the visitor center you can watch an excellent short video on Civil War hospitals. They also have a small medical museum with some really interesting things. Don’t know what a lot of them are but they all looked rather dangerous. 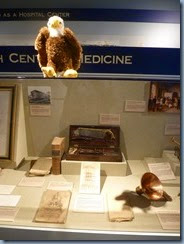 This is a Confederate surgical kit. During the battle of Matadequin Creek on May 30, 1864, 22 year old Private Bee received a mortal wound in his lower leg. He was abandoned on the battlefield and was captured by the Union and transported to Washington, D.C. There a Union surgeon amputated a portion of his leg but Private Bee died on July 2, 1864. The bones of his leg along with the surgeon’s report were sent to the U. S. Army Medical Museum for further study and are on display here at Chimborazo. 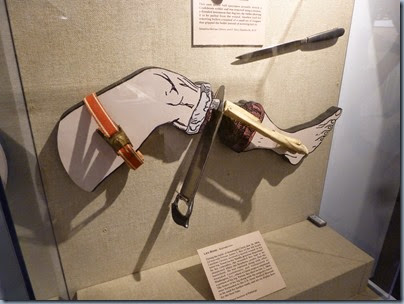 Another great stop on our Civil War tour of Virginia.