Main Street in Appomattox is full of shops and small restaurants. The Jefferson Galleries is located in the old Bank of Richmond. They sell craft supplies and miscellaneous items.

But in the back of this store, in a massive bank vault, is the very first robotic space shuttle arm made in the United States. Definitely not what you would expect to find in Appomattox.

The store owner’s (Betty Oehrlein) husband bought the arm from a government auction because he is a NASA space buff. Betty told us that she got tired of having it in her living room and told him he needed to put it in the vault and let the public see it. 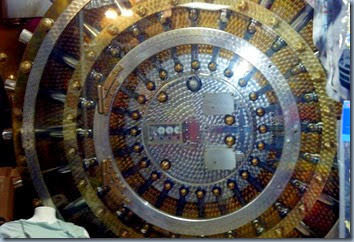 The vault door is a foot thick and is so heavy that when they originally tried to move it from the train to the bank by crane, the cables snapped and it laid in the alley for two weeks until they could get the crane fixed. 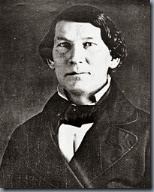 Joel Sweeney is a musician who claimed to have learned to play the banjo from local African-Americans and is the earliest documented white banjo player. In addition, he is the earliest known person to have played the banjo on stage. It is also believed that he added the fifth string to the banjo. He is buried not far from Appomattox.

I really wanted to see the largest stein collection in the world but the tours are by appointment only and they were not available during the three day week-end. Next time.

And how about a Skittlez hogging the heat vent. 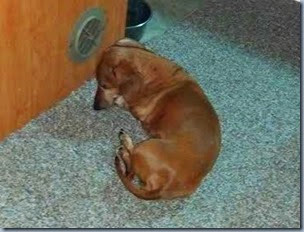