I’m back. But now I have to get caught up on my blog posts. Got a new computer and I’m still learning. You know how slow I am with new stuff. Hopefully I’ll be able to start reading blogs again before too long.

Got a phone call from Ray and Cindy asking us to meet for lunch on Monday as they were headed to Virginia Beach and were willing to stop for lunch. We suggested Cracker Barrel because it is an easy off/on the interstate and has a nice RV parking area. 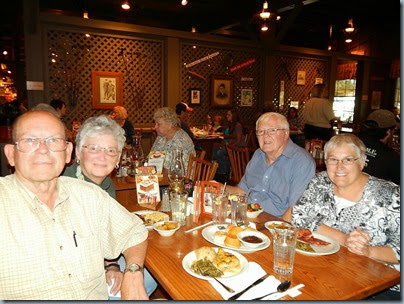 We also got to meet Penny. Let me tell you, she is one of the cutest things ever. Check out Ray’s blog to meet her. After an hour and a half we finally let them get back on the road. 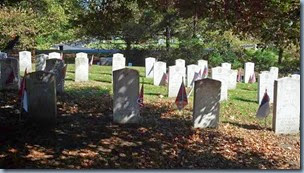 Jim and I headed for Hollywood Cemetery. The original owner called it “Holly-Wood” because of the large number of holly trees located on it.

Several famous people are buried here. We only had about an hour because the girls needed to be let out and fed so we missed several of the more famous graves and monuments.

Monument to the Confederate War Dead 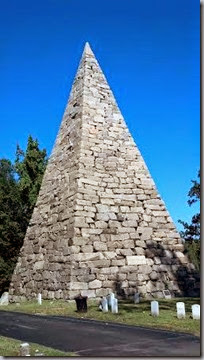 The 90-foot pyramid stands as a monument to the 18,000 Confederate soldiers buried in Hollywood Cemetery. It was created through the efforts of the women of the Hollywood Memorial Association, who tended the graves of the Confederate dead after the Civil War. They worked together to raise over $18,000 and commissioned the help of engineer Charles Henry Dimmock to design the pyramid. 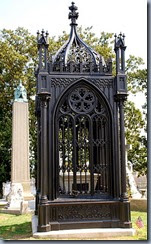 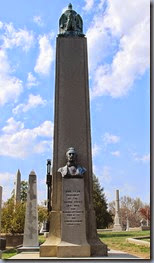 John Tyler, the tenth president of the United States, was buried at Hollywood Cemetery in 1862. His death was the only one in presidential history to not be officially recognized in Washington D.C. because of his allegiance to the Confederate States of America. 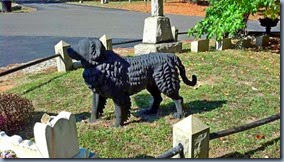 The Iron Dog stands guard over a little girl’s grave. The dog’s owner knew how much she loved to pat and talk to the dog whenever she came to his store. When she died he had the statue moved to her grave site. It survived being melted down to make bullets during the Civil War because “Even a desperate nation did not melt down cemetery monuments.”

While we were there, this butterfly grabbed hold of Jim’s hand and didn’t want to let go. 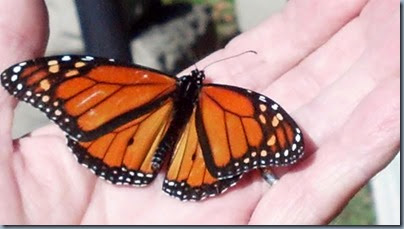