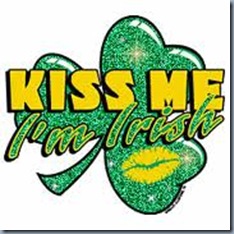 Anybody know why we  celebrate on March 17 with green beer? Here’s a little history lesson about this day.

The person who was to become St. Patrick, the patron saint of Ireland, was born in Wales about AD 385. His given name was Maewyn.

Far from being a saint, until he was 16, he considered himself a pagan. At that age, he was sold into slavery by a group of Irish marauders that raided his village. During his captivity he became a Christian and adopted the name Patrick. He escaped from slavery after six years and went to Gaul where he studied in the monastery for a period of twelve years. His wishes were to return to Ireland, to convert the native pagans to Christianity.

Patrick used the three leaf clover in his sermons to represent how the Father, the Son, and the Holy Spirit could all exist as separate elements of the same entity. His mission in Ireland lasted for thirty years.

St. Patrick's Day is celebrated on March 17, the anniversary of his death in the fifth century (believed to have been on March 17, 461).  On St. Patrick's Day, which falls during Lent, Irish families would traditionally attend church in the morning and celebrate in the afternoon. Lenten prohibitions against the consumption of meat were waived and people would dance, drink and feast--on the traditional meal of Irish bacon and cabbage. 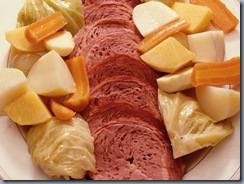 Irish bacon not corned beef? Though cabbage has long been an Irish food, corned beef only began to be associated with St. Patrick’s day at the turn of the century. Irish immigrants living on NYC’s lower east side substituted corned beef for their traditional dish of Irish bacon to save money. They learned about the cheaper alternative from their Jewish neighbors.

Saint Patrick was made a saint by the Catholic Church and Saint Patrick’s Day was only celebrated as a religious holiday until 1903 when it became a public holiday.

Did you know that the first parade held to honor St. Patrick's Day took place not in Ireland but in the New York City. On March 17, 1762, Irish soldiers serving in the English military marched through the city.

Legend says that each leaf of the four leaf clover means something: the first is for hope, the second for faith, the third for love and the fourth for luck.

Today, people celebrate the day with parades, wearing of the green, and drinking beer. One reason St. Patrick's Day might have become so popular is that it takes place just a few days before the first day of spring. One might say it has become the first green of spring. 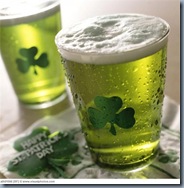 Why green beer? This is purely American in origin. Some person, most likely not Irish at all decided to desecrate beer in the name of St. Patrick.

We Americans also turn the water green in Chicago every year. At least I think we do. I’ve never been there to see it.

What is a leprechaun? 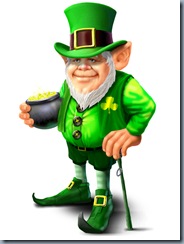 A leprechaun is an Irish fairy who looks like a small, old man about 2 feet tall.

According to legend, leprechauns are aloof and unfriendly. They live alone, and pass the time making shoes. They also have a hidden pot of gold!

Treasure hunters can often track down a leprechaun by the sound of his shoemaker's hammer. If the leprechaun is caught, he can be threatened with bodily violence to tell where his treasure is, but the leprechaun's captors must keep their eyes on him every second. If the captor's eyes leave the leprechaun - he's known to trick them into looking away - he vanishes and all hopes of finding the treasure are lost.

And we definitely must not forget about one of my favorites: 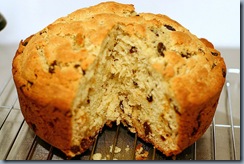 Do any of you have any other ways to celebrate the day?