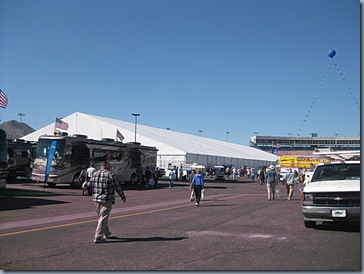 The big tent – looks just like the one in Q. 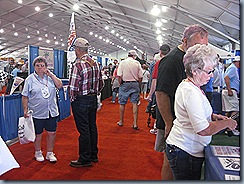 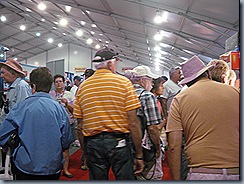 Inside the big tent. Hard  to get pictures of vendors because of all the shoppers. I did like the fact that most of the vendors really did cater to RVers. There were a couple of jewelry booths and pet booths and other miscellaneous things, but the majority were items for your RV, such as stabilizers, back up cameras, holding tank options, tire pressure monitors, awning decorations, and on  and on. We bought new chocks which Jim has been wanting for some time. Also some more LED lights (we buy them a couple at a time because of price) and Jim found his  30 amp male plug that he’s had a hard time finding. Lots of good stuff.

If anybody is interested, I have a complete list of vendors and also all of the seminars that were presented. 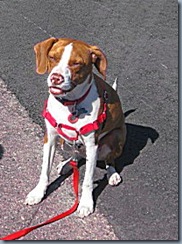 This is Rusty. I sat and visited with his owner while I was waiting for Jim. Isn’t he so cute. He’s a beagle/boston terrier mix and a rescue.

We spent most of our time at the show working on our insurance policy but I’m going to make a separate post about that.

Saturday went to the dogs. Literally. They had a huge dog show and parade and also brought in dogs to be adopted. We didn’t get to see very much because there were so many people and it was really hot. And they only brought in a small number of dogs for adoption (maybe 6 or 7). The good news is every single one of those dogs was adopted into a forever home. 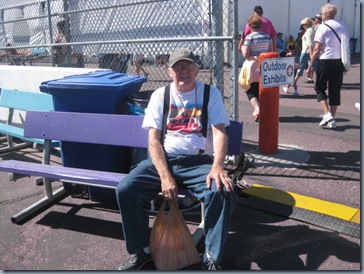 Saturday night’s entertainment was Martina McBride. Jim and I are country/western fans and were really excited about the concert but we aren’t familiar with Martina’s music. I don’t want to offend any Martina fans out there but we were not impressed and actually left early. In fact, many people were leaving early. Our tram was full headed back out to the parking areas. 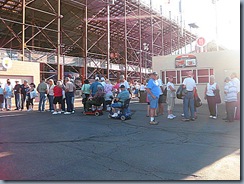 (Standing in line for the entertainment) Most of the music she performed was slow and rather dragging (IMO). There was no real beat or excitement in the music. One song was about cancer which was supposed to be supportive but actually was very depressing. Especially for an older audience with many members actually fighting cancer. Jan made an observation that I thought was a good one. She wondered if Martina misjudged her audience and thought because we are “older” that we would like the slower music. Definitely not the case with RVers. We want music we can move to. Not just stand and sway. Once again, this is my opinion.

We were sitting outside visiting after the concert and got a phone call. Jeff and Tina found us and came to visit. So much fun to see them again. They have been busy attending seminars and looking through the vendor tent. 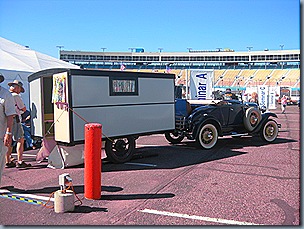 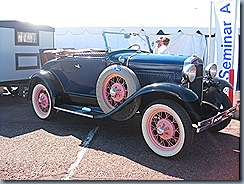