I love old ghost towns and Silver Reef is located at the same exit as Leeds and our RV park. The weather is still not cooperating. 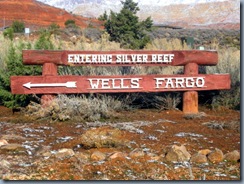 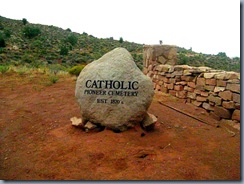 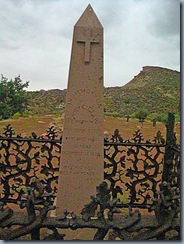 Silver Reef is the only place in North America where miners found silver within sandstone. The largest town in Southern Utah during the mines’ peak production, its population vanished once the mines failed. Between the town’s peak years, from 1878-1882, the town housed a population of approximately 2,500. 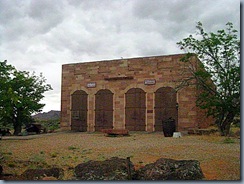 By 1884 most of the mines closed due to the decline of the world silver market, the difficulty of pumping water out of the mines, and the decrease of miners’ wages. The last mine shut down in 1891.  Over their lifetime, the mines produced approximately $25 million worth of ore. 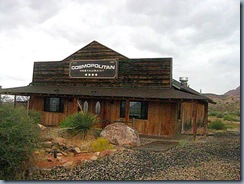 What I found fascinating is the contrast of the old mining town and the Silver Reef of today which is a bedroom community of St. George. The homes are huge and there seems to be a lot of money out here in this old mining town. 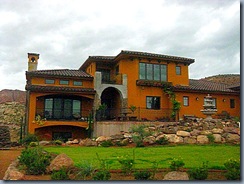