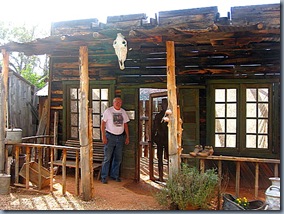 The word "Kanab" comes from a Native American word for a willow basket used to carry an infant on its mother's back. The first attempt by Anglo-Americans to establish a permanent settlement was made on 7 June 1858. The story of Kanab's first two decades is one of a series of unsuccessful efforts at colonization, each discouraged by attacks from hostile Native American tribes who were clearly opposed to white settlement of the area. 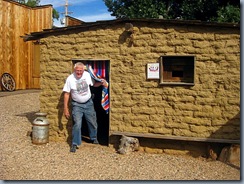 Jacob Hamlin played a key role in negotiations with the Native Americans that eventually opened up the area to white occupation. Nevertheless, through the 1860s raids and confrontations occurred regularly between the two groups.

Since the 1920s hundreds of movies have been filmed here and Kanab has also become known as “Little Hollywood” after the term was used as early as the 1950’s by people in the movie industry.    MGM liked Kanab so much they built a makeshift studio outside of town in the 1940s.  More Westerns were produced near Kanab than anywhere outside of California. Clint Eastwood John Wayne, Ronald Reagan, are among the stars who worked in this area. 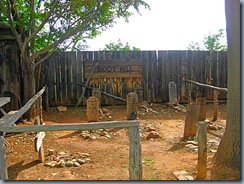 “Gunsmoke” filmed about 20 episodes here between the ‘50s and ‘70s. The Clint Eastwood classic, The Outlaw Josie Wales, was one of the last films to shoot on the Paria Canyon movie set. The original set has been relocated to Frontier Movie Town in Kanab and Frontier Movie Town hosts free movie set tours.

The pictures in this post are ones I took at the Frontier Movie Town. 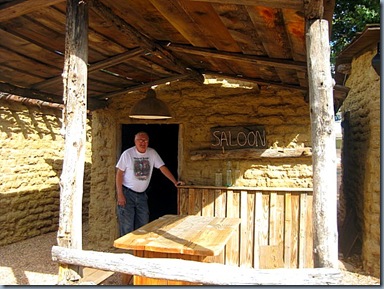 Know what this is? Jim’s Dad had one of these. 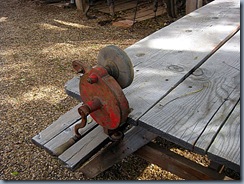 For dinner we went to Calvin T’s BBQ. Notice, not even a plate. The meat was very good and tender but for the price, I think we should have gotten service at the table (it’s cafeteria style) and a plate. 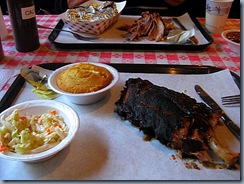