The Mountain Meadows Massacre was the killing of roughly 120 emigrants who were passing through Southern Utah. The massacre occurred on September 11, 1857. The emigrants--men, women, and children--were traveling from Arkansas to California, part of the Baker-Fancher wagon train. They were killed by a group of Mormons with the help of local Paiute Indians. 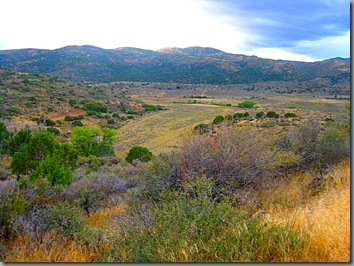 The following is from an article written by Richard E. Turley, Jr a member of the Church of Jesus Christ of Latter-day Saints.

“For a century and a half the Mountain Meadows Massacre has shocked and distressed those who have learned of it. The tragedy has deeply grieved the victims’ relatives, burdened the perpetrators’ descendants and Church members generally with sorrow and feelings of collective guilt, unleashed criticism on the Church, and raised painful, difficult questions. How could this have happened? How could members of the Church have participated in such a crime? 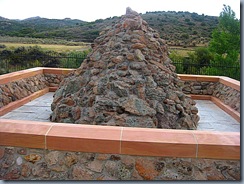 Two facts make the case even more difficult to fathom. First, nothing that any of the emigrants purportedly did or said, even if all of it were true, came close to justifying their deaths. Second, the large majority of perpetrators led decent, nonviolent lives before and after the massacre.

As is true with any historical episode, comprehending the events of September 11, 1857, requires understanding the conditions of the time. 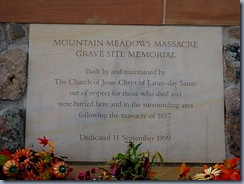 In 1857 an army of roughly 1,500 United States troops was marching toward Utah Territory, with more expected to follow. Over the preceding years, disagreements, miscommunication, prejudices, and political wrangling on both sides had created a growing divide between the territory and the federal government. In retrospect it is easy to see that both groups overreacted—the government sent an army to put down perceived treason in Utah, and the Saints believed the army was coming to oppress, drive, or even destroy them. 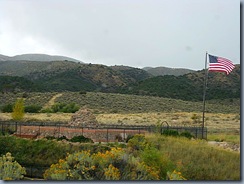 In 1858 this conflict—later called the Utah War—was resolved through a peace conference and negotiation. Because Utah’s militiamen and the U.S. troops never engaged each other in pitched battle, the Utah War has been characterized as “bloodless.” But the atrocity at Mountain Meadows made it far from bloodless. The Saints had been violently driven from Missouri and Illinois in the prior two decades, and they feared history might repeat itself.” It is believed that it was this fear that led to such a horrible massacre.

The monument is located about 6 miles south of Enterprise, UT. This is a heart wrenching part of Utah’s history and if you would like to read more, please visit the following website.