Okay, it’s almost the end of 2010 and I’m almost two weeks behind on my blog posts. So I’m going to be trying to catch up in the next few posts. By the way, we’re still in Apache Junction. 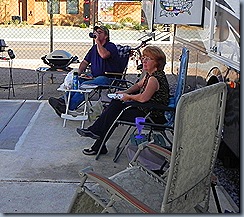 What a wonderful way to spend the Sunday before Christmas. A group of us headed over to Jeri and Terry’s and Jerry and Janice’s place for a barbeque. They were parked next to each other so we had lots of room to get set up. 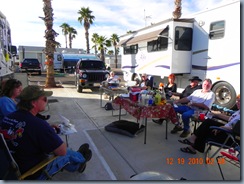 We brought our own steaks and whatever else we could find at the store that sounded good.

The group consisted of Eric and Karla, Jerry and Janice, Jim and I, Jeri and Terry, Paul, and Jeri’s cousin, Shelly. 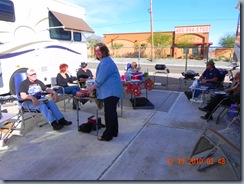