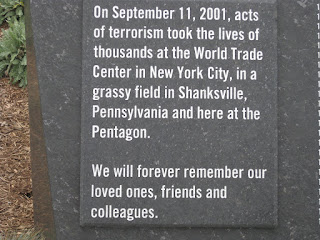 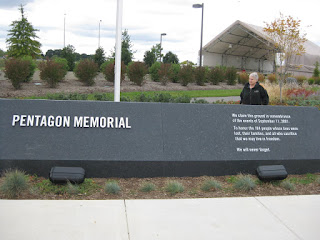 The Pentagon Memorial in remembrance of September 11, 2001, is located just southwest of the Pentagon in Arlington, VA. It is a memorial to the 184 people killed in the Pentagon and also those on American Flight 77 (not counting the hijackers on board the plane). 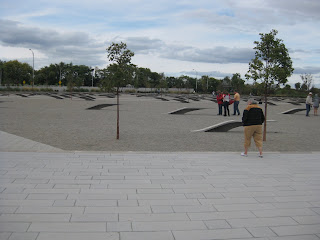 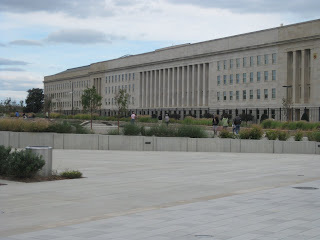 The memorial is located on the side of the Pentagon where the plane crashed into the building. 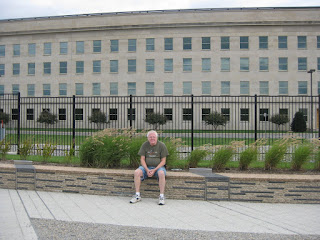 To honor the victims, 184 illuminated benches have been arranged according to the victim's ages, from 3 to 71. Each bench is engraved with the name of a victim. 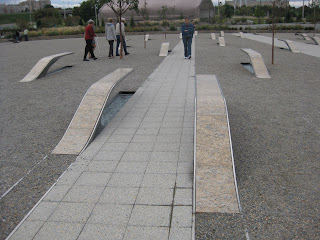