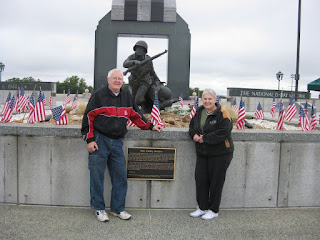 Jim and I were impressed with the WWII Memorial in Washington, DC. But this memorial is so much more. What a marvelous tribute to those who lost their lives on the beaches of Normandy. 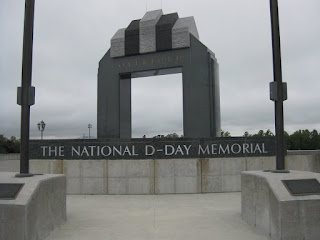 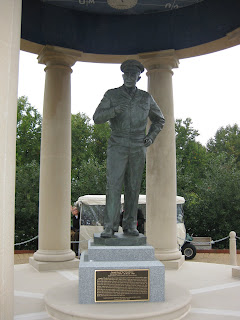 In December 1943 President Roosevelt appointed General Eisenhower, as Supreme Allied Commander, with orders to "Enter the Continent of Europe, and in conjunction with other United Nations, undertake operations aimed at the heart of Germany and the destruction of her armed forces" The original codename for this invasion was "Operation Roundup"This was eventually changed to "Operation Overlord" 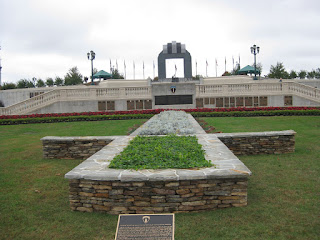 The Normandy Landings were the landing operations of the Allied Expeditionary Force (AEF)(representing 12 nations) invasion of Normandy, also known as Operation Neptune and Operation Overlord. The landings commenced on Tuesday, 6 June 1944. There were more than 5,000 boats and ships, 11,000 aircraft, 28,000 aerial sorries, and 150,000 ground troops. In planning, D-Day was the term used for the day of actual landing, which was dependent on final approval. 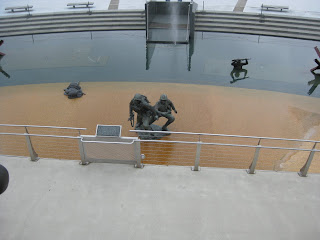 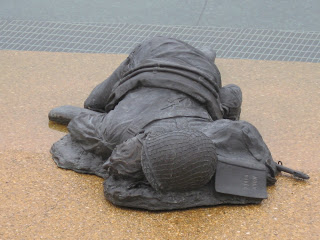 This invasion foreshadowed the dissolution of Hitler's Thrd Reich. Germany had taken possession of the French Coast and the Allies needed to clear the way for the troops to retake France. 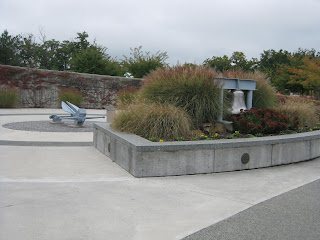 The assault was conducted in two phases: an air assault landing of American, British, Canadian and French troops shortly after midnight, and an amphibious landing of Allied infantry and armoured divisions on the coast of France commencing at 6:30. 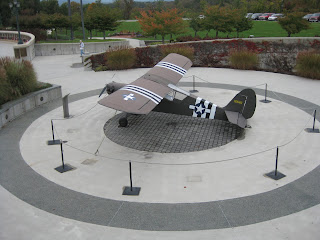 The landings took place along a 50-mile stretch of the Normandy coast divided into five sectors: Utah, Omaha, Gold, Juno and Sword. 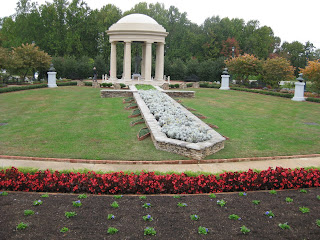 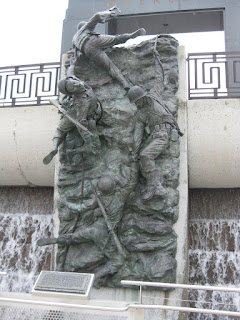 Only a few days in each month were suitable for launching the operation, because both a full moon and a spring tide were required: the former to illuminate navigational landmarks for the crews of aircraft, gliders and landing craft, and the latter to provide the deepest possible water to help safe navigation over defensive obstacles placed by the Germans in the surf on the seaward approaches to the beaches. AEF Supreme Commander, Dwight D. Eisenhower had tentatively selected 5 June as the date for the assault. Most of May had fine weather, but this deteriorated in early June. On 4 June, conditions were clearly unsuitable for a landing; wind and high seas would make it impossible to launch landing craft, and low clouds would prevent aircraft finding their targets. The Allied troop convoys already at sea were forced to take shelter in bays and inlets on the south coast of Britain for the night.
It seemed possible that everything would have to be cancelled and the troops returned to their camps (a vast undertaking because the enormous movement of follow-up formations was already proceeding). The next full moon period would be nearly a month away. At a vital meeting on 5 June, Eisenhower's chief meteorologist forecast a brief improvement for 6 June. On the strength of his forecast, Eisenhower ordered the invasion to proceed. 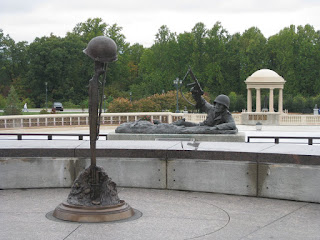 The Germans meanwhile took comfort from the existing poor conditions, which were worse over Northern France than over the Channel itself, and believed no invasion would be possible for several days. Some troops stood down, and many senior officers were away for the weekend. General Rommel took a few days' leave to celebrate his wife's birthday, while dozens of division, regimental, and battalion commanders were away from their posts at war games.
The Allies suffered more than 10,000 casualties but could have been so much greater without the solid planning, thorough preparation, fine leadership, and individual initiative that characterized the Allied effort. After their defeat at Normandy, the collapse of the Nazi regime was a given. 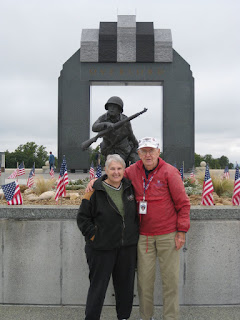 We took the cart tour of the memorial and Dave Carroll was our tour guide. He is a WW II vet and made the whole battle come to life. His passion and love of country is so powerful.


Thank you to all of you who serve our country so faithfully.
Posted by Jim and Sandie at 11:56 AM