DAD - THIS ONE'S FOR YOU 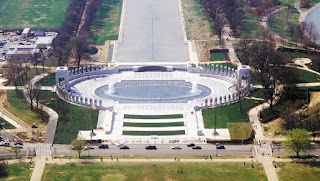 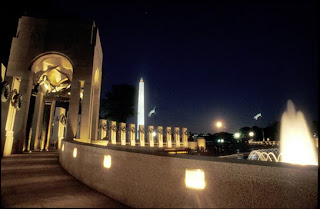 The three pictures above are ones that I took from the WW II Memorial Website. I really liked the one taken from the Washington Monument. 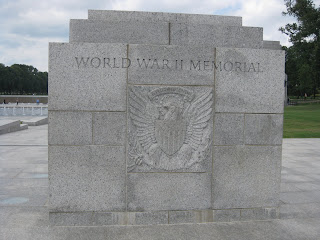 My Dad served in the Army in Okinawa during World War II. Thank you Dad, and all those who served so valiantly with you for our freedom and our country. 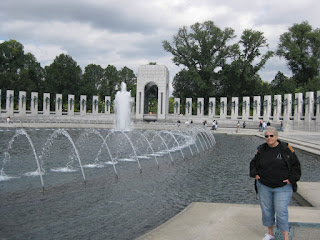 This memorial is the first national memorial dedicated to all who served during World War II and acknowledging the commitment and achievement of the entire nation. 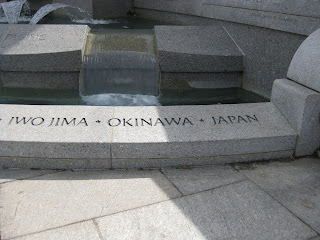 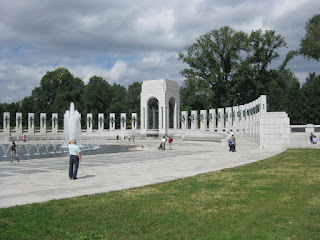 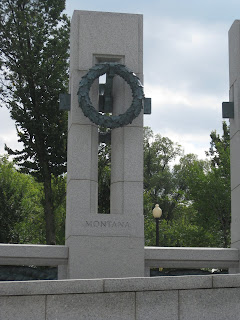 The memorial honors the 16 million who served in the armed forces of the U.S. during World War II, the more than 400,000 who died, and the millions who supported the war effort from home. 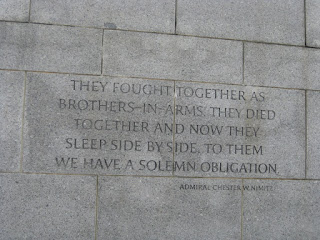 Symbolic of the defining event of the 20th Century, the memorial is a monument to the spirit, sacrifice, and commitment of the American people to the common defense of the nation and to the broader causes of peace and freedom from tyranny throughout the world. 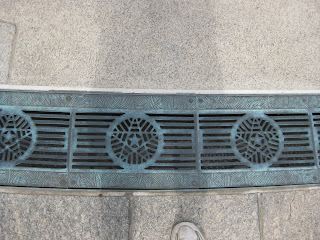 (Even the grates were designed to honor.)
Above all, the memorial stands as an important symbol of American national unity, a timeless reminder of the moral strength and awesome power that can flow when a free people are at once united and bonded together in a common and just cause. 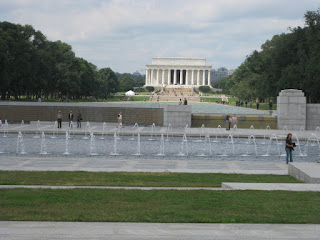 The Wall of Freedom is filled with over 4,000 stars honoring the lives of the over 400,000 who died during this war. 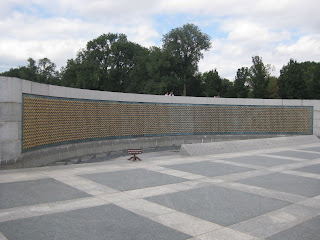 The site was selected at the east end of the Reflecting Pool between the Lincoln Memorial and the Washington Monument. President Clinton dedicated the memorial site during a formal ceremony on Veterans Day 1995.
When I read this I thought about my Mom who was left at home with a small daughter to raise when Dad went overseas. Not only did she keep the home fires burning she also went to work for Boeing and built airplanes. 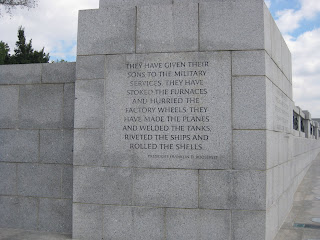