Dale Earnhardt was born in Kannapolis, NC which is just up the road from Lowes Motor Speeday. To complete our racing adventure we drove to Kannapolis and followed the Dale Trail. A lot of the trail doesn't really have much left but they do point out where he grew up and where he spent a lot of time driving around like teenagers do. When I grew up it was called "dragging main". For Dale it was "crusing idiot circle." 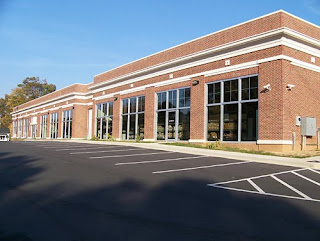 However, a gentlemen at the Visitor's Center told us a stop at the Curb Museum was a must. So after a couple of tries we found the museum. We were the only people there at the time and the gentlemen that showed us around was so knowledgeable and had some great stories to tell. 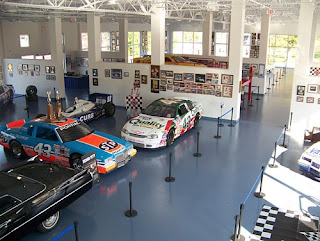 I had no idea who Mike Curb was so I googled him and found out some really interesting stuff. He became California's lieutenant governor in November of 1978 which is he same year that Democrat Jerry Brown was elected governor. 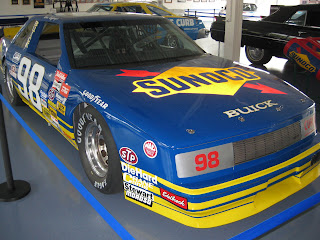 When Mike was young he started a group called the Mike Curb Congregation. Now them I remember. He then went on to become a producer and songwriter and became president of the MGM label when he sold his company to them. Later he established his own label and has such a list of stars that you need to go to his web site to find out which ones. 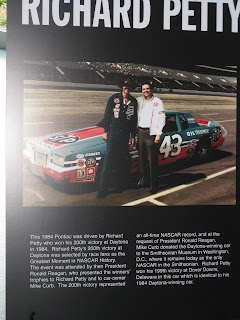 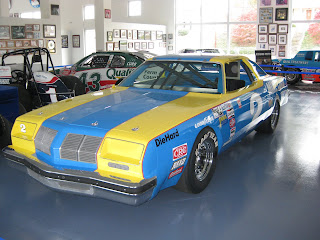 Mike has also been active for most of his adult life in motorsports. Curb cars driven by Dale Earnhardt, Richard Petty and others have competed for more than 30 years in the NASCAR circuit and in other major motor sports events including the Indianapolis 500. In 2006, he was inducted into the West Coast Stock Car Hall of Fame. 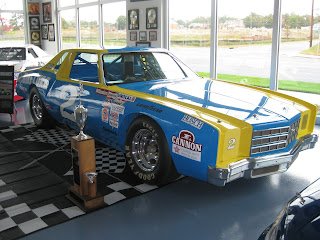 This is the car that Dale was driving in 1980 when he won his first Winston Cup Championship. 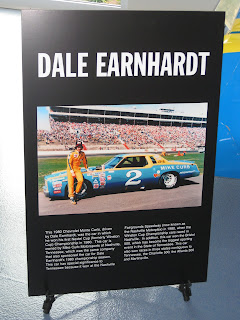