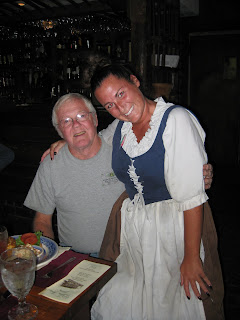 We only got to spend one night in Gettysburg so we wanted a special place for dinner. And we found it at the Dobbin House Tavern. The house was built n 1776 for Alexander Dobbin and his wife. They had ten children before Isabella died in 1800. Alexander then married Mary Agnew who had nine children so there were 19 children living in this house. 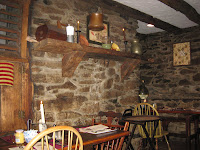 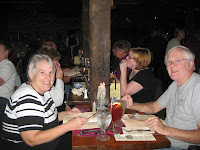 The house stands now almost exactly as it did over 200 years ago. In the middle 1800's the Dobbin House was used as a Way Station for hiding runaway slaves. During the civil way it was used as a hospital for both union and confederate soldiers. After the war it became a tavern. 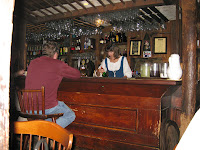