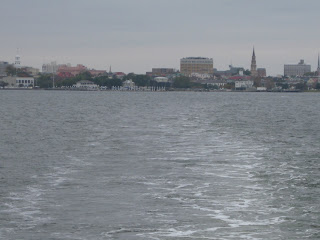 Charleston is known as The Holy City due to the number of churches and the numerous steeples which dot the city's skyline. Also Charleston was one of the few cities in the original thirteen colonies to provide religious tolerance to the French Huguenot Church. 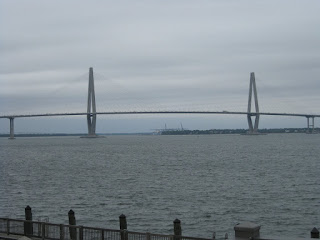 This is the Arthur Ravenel Jr. Bridge, also known as the New Cooper River Bridge, which is a "cable-stayed" bridge. The bridge has a main span of 1,546 feet, the longest among cable-stayed bridges in the Western Hemisphere. It has two diamond-shaped towers that are 575 feet high and is 13,200 feet in length. 128 individual cables anchored to the inside of the diamond towers suspend the deck 186 feet above the river. The bridge superstructure is designed to withstand shipping accidents and the natural disasters that have plagued Charleston’s history. The span is designed to endure wind gusts in excess of 300mph and is designed to withstand an earthquake to approximately 7.4. To protect the bridge from uncontrolled ships, the towers are flanked by one-acre rock islands. Any ship will run aground on the islands before it can collide with the towers. 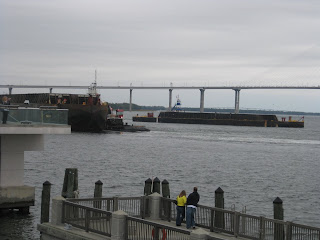