BACK TO THE SKIES

After the picnic on Wednesday, we were really excited about heading back to the Superstition Skies Bar and Grill. This time we invited Jeri and Terry and Dianna and Evelyn to join us. 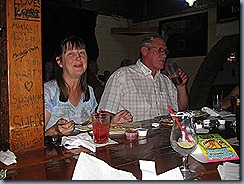 Diana and Phil were already there waiting for us. Great to see them again and they had introduced themselves to Dianna and Evelyn. 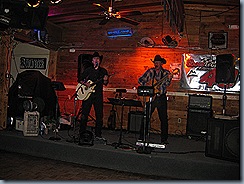 The band, B & K, were just a little late getting started but they definitely made up for it. Once again, they were great performers and entertainers. 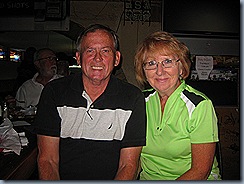 Jeri and Terry arrived shortly after the band started playing. A little later in the evening, Jeri’s cousin, Shelly joined us. Lots of toe tapping going on at our table. 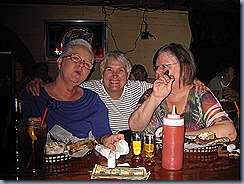 Dianna and Evelyn refused to cooperate for pictures so this is the best we could do. They both need to learn that RVers take lots of pictures.

I am really looking forward to spending a lot more time here at the Skies next winter.