Libby Dam that is. 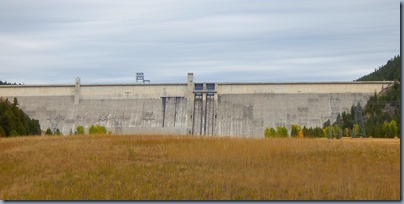 Seventeen miles upstream from Libby, the dam holds back 90 miles of water in Lake Koocanusa. Forty-eight miles of the reservoir lie within U.S. borders, the other 42 miles are in Canada. Lake Koocanusa received its name in a contest to name the reservoir behind the dam. Alice Beers combined the first three letters from KOOtenai River, and the first three letters of CANada and USA. 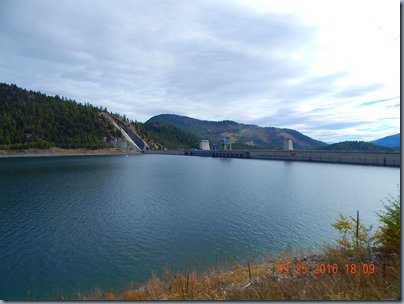 Libby Dam was completed in 1972 in an effort to provide flood protection and to generate hydroelectric power. The Kootenai River fluctuated wildly in the spring causing flooding in Montana, Idaho and British Columbia. 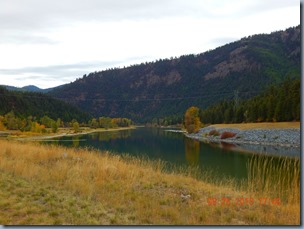 “The dam is 422 feet tall and 3,055 feet long and was built to withstand an earthquake of up to 6.5 on the Richter scale with no structural damage. Forty-seven monolithic sections make up the dam, each one designed to stand on its own like individual dams. If one section were to fail, the other 46 would remain standing. Seismic monitoring equipment carefully monitors the dam for movement and structural integrity through one of the most thorough instrumentation systems in the United States.” 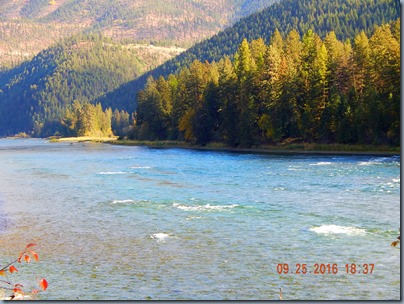 After visiting the dam we stopped into the Cabinet Mountains Brewing Company for some great blue chips and salsa. Our site at the Two Bit RV Park was a nice pull thru. We were visited every morning and evening by this mama and her two young’uns. 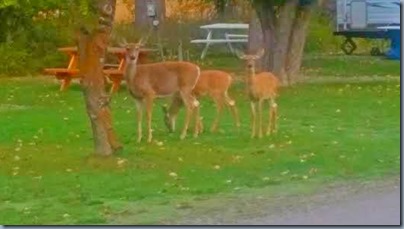 It’s now time for us to stop going north and move south a bit. But before we left Libby, we found a great RV wash bay and Jim scrubbed the Bungalow down. 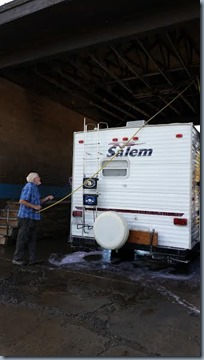