We left Canyon Ferry Wednesday morning headed for Billings. We decided to get to the Moose Lodge early because they told us they got really busy over the week-end. The temperatures were in the 90’s so we really wanted an electric site. Good timing on our part. We had our choice of six electric spots and so we picked the first one closest to the driveway. Shortly after we got set up, a motorhome arrived and then another travel trailer pulled in next to us.

These two rigs are parked at the electric sites on the flagpole and everything seemed to work okay for them. 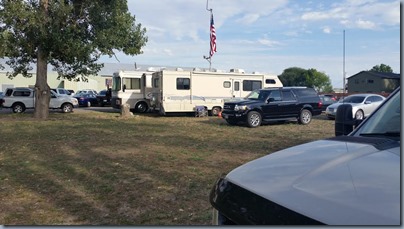 If you can’t handle train noise, this is not the place for you. The train tracks are just across the road and trains run 24 hours a day. Jim and I aren’t bothered by trains but it is noisy.

Everything was good until he turned on his air conditioner. Our surge guard let us know that power had dropped below 104 volts. None of the rigs here were using surge protectors. I wish them luck. After a couple of tries we decided we best move to another spot. We pulled over to the next power post but it was being protected by a wasp nest. So Joe (the Moose guy in charge) brought out the spray and killed a bunch of wasps. We plugged in and set back up again. We didn’t have anybody next to us until the next day when a motorhome pulled in. This time we didn’t lose power and we could stay put.

The RV with the trailer is the spot that we were in originally. The RV on the far right is boondocking. 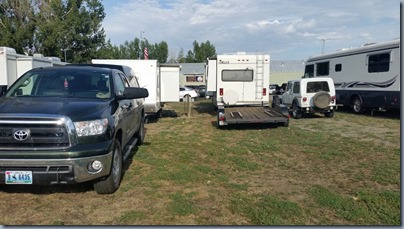 This is where we ended up parking. We’re the Salem trailer. 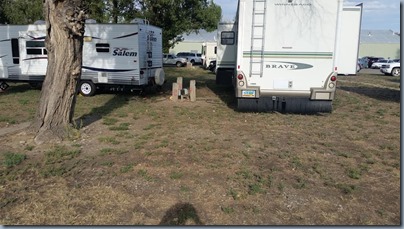 When we checked in we found out that the entire building including the bar had been rented out for the week-end for a Polka group. They were expecting 500 people from all over. Sure am glad we got here when we did. We thought that we might go in and watch some dancing but we got turned away because the chairs were all taken by the dancers.

This was quite a week-end for Billings. Not only did they have the Polka folks in town, the Wing Dingers were also here. For those of you who don’t know, Wing Dingers are people who ride Honda Gold Wing motorcycles. They hold a yearly get together and this year they chose Billings. So there are around 10,000 riders in town this weekend. Some of the folks come from other countries. The local TV station interviewed a couple from Israel who had nothing but nice things to say about America.

Also this week-end was Burn the Point. Old classic cars cruising around the downtown streets of Billings just like in the 50’s and 60’s. We didn’t go to the parade Friday night but Saturday morning Todd and Jim went up to the college where the meet was and drooled over all the cars. There were about 500 cars that showed up for the party. (Skitz and I stayed home and watched all the Polka dancers show up.) 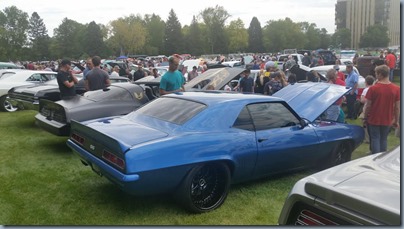 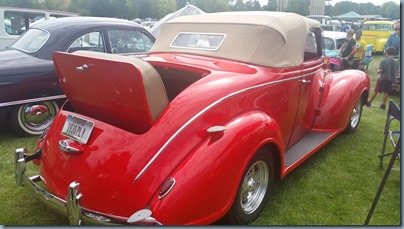 Needless to say – we tried to stay out of stores and restaurants this week-end. Today is Sunday and it’s raining and supposed to rain again tomorrow so I’m sure by tomorrow afternoon the town will be back to normal. We are loving this rain – nice and gentle and continuous which is what is really needed. 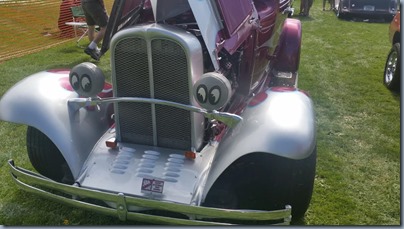