On Top of Big Mountain

Jim and I decided to ride the gondola to the top of Big Mountain. You need to know that I am not the bravest person in the world when it comes to heights and swinging conveyances. But I swallowed my stomach and said I’d ride. 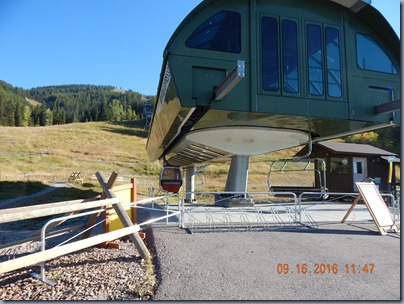 In 1937, the Whitefish Lake Ski Club obtained a special permit from the U.S. Forest Service enabling them to build cabins and trails in the Hell Roaring Creek region. A couple of Great Falls businessmen  quickly recognized the area’s potential and shortly after World War II, began efforts to develop a full-fledged ski resort on the mountain. 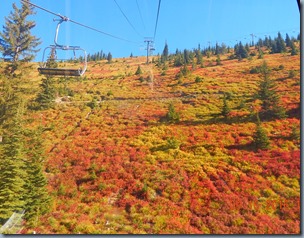 Winter Sports, Inc. (WSI) was founded on March 31, 1947 and it was a community enterprise from the start with local people selling shares of stock to meet payrolls, donating labor, preparing the slopes, even giving up free time to help push through an all-weather mountain road. On the morning of December 14, 1947, a thousand townsfolk stood on the slopes of the new Big Mountain resort to watch the brand new T-Bar lift bring their vision to life.

The Chalet was erected in 1949 just in time to host the U.S. Alpine Championships that same year. 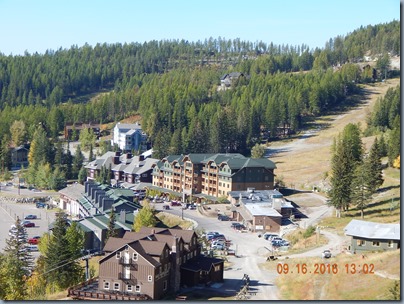 This was the only wildlife we saw. 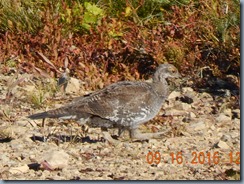 Jim used to ski Big Mountain when we lived in Lakeside. So he was very familiar with the chair lift. You had your choice of riding either in a gondola or on a chair. I picked the gondola because it is enclosed which I know that if something broke it wouldn’t matter either way. But I felt more secure in the gondola. 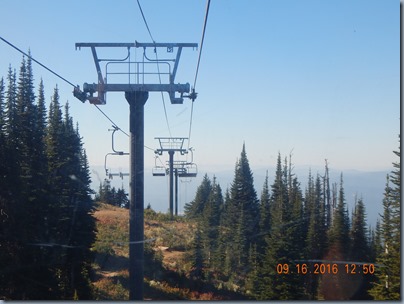 I was amazed at the number of mountain bike riders that were riding the lift to the top with their bikes. There are also several hiking trails at the top and all the way down if you’re interested. 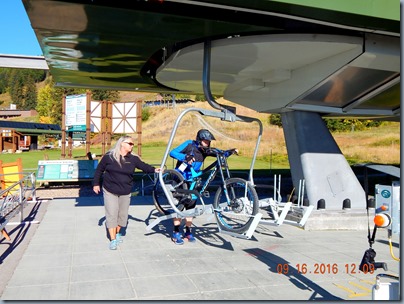 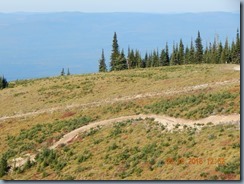 There is also an alpine sled ride that Jim would really like to do but maybe next time. 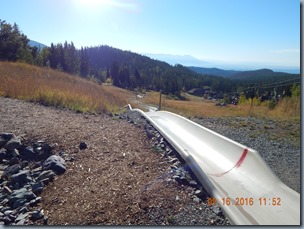 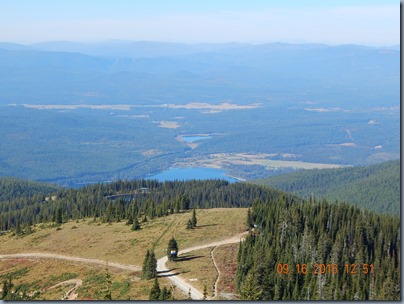 I did okay on the way up to the top and the views into Glacier Park were amazing. There was a haze in the air so my pictures didn’t turn out all that good. So here’s a picture of what it should look like that I borrowed from their website. 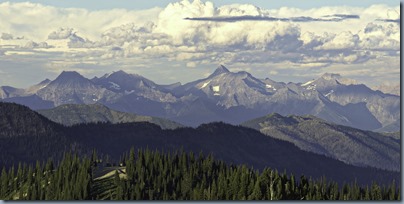 The trip back down did not go as smoothly. I knew Jim would have liked to ride in a chair rather than a gondola and I really thought about it. But I chickened out and it’s a good thing I did. They stopped the ski lift when we were about half way down, and the gondola started to swing. I had a panic attack and poor Jim tried to calm me down and keep me breathing. I was so glad when we finally touched earth again. 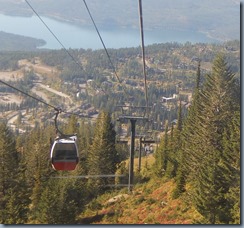