After leaving Kalispell we headed further north and west to Libby, MT. Libby has a heartbreaking history.

Libby is located in northwestern Montana where the Cabinet Mountains meet the Kootenai River. It is so beautiful but looks can be deceiving. 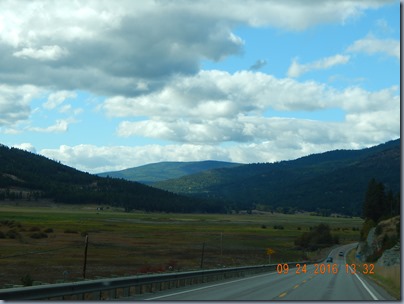 In the early 1900s vermiculite was discovered in the area. It was a product used in insulation, plaster and to lighten garden soil. The vermiculite mine in Libby provided hundreds of jobs, as well as over 70% of all vermiculite sold in the U.S. between 1919 and 1990. And while vermiculite itself isn't known to be harmful, the Libby mine also included a large deposit of something much more dangerous: asbestos.

The City of Eagles – There are eagle sculptures all over the town. This one welcomes you to downtown. 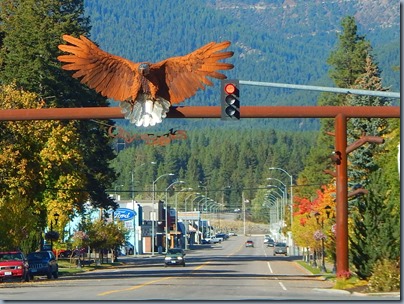 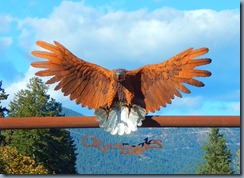 Mining the vermiculite that lay alongside asbestos released harmful asbestos fibers into the air. The asbestos appeared as a fine dust that coated the entire mine — it got everywhere — and caused harm not only to the mine workers, but to their friends, family, and other town residents as well.

Several beautiful murals on the buildings in town. 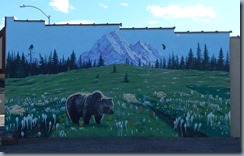 Fast-forward to today: An estimated 400 people in Libby have died from asbestos-related diseases, and more than 2,000 have been sickened by the asbestos. Hundreds more deaths are expected from these diseases, as they can take decades to manifest. 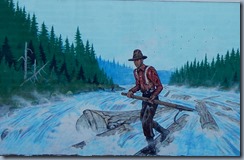 Records show that W.R. Grace (who owned the mine) knew about the adverse health effects from asbestos in the mine many years before the mine's closure in 1990.

In 1999, the EPA responded to widespread concerns surrounding the asbestos in Libby. The agency collected hundreds of samples from around Libby. In 2002, the site was declared a Superfund site, and cleanup began. It was a project unlike any that the EPA had ever seen. Vermiculite needed to be removed from Libby homes and businesses and the mine site needed to be addressed.

Riverfront Park pavilion is dedicated to the victims of the asbestos disaster. 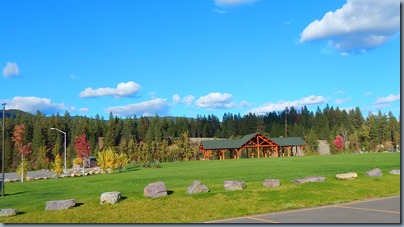 The asbestos risk may be under control (or close to it), but that doesn't mean the people of Libby have forgotten how W.R. Grace changed the course of their town's history. Residents have been trained to recognize asbestos because even the EPA admits that even after the job is considered to be finished contamination may still remain.

The Kootenai River from Riverfront Park 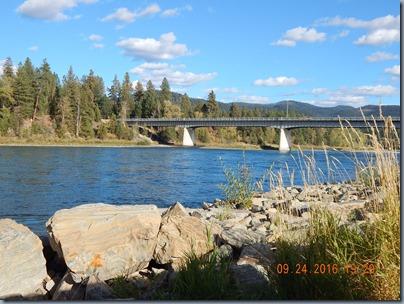 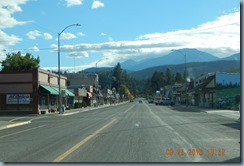