Besides the underground tour, there was one other place I really wanted to see. 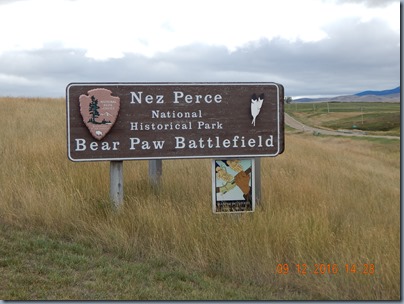 We had to backtrack to Chinook and start this trek at the Blaine County Museum. They have a great presentation of the Bear Paw Battle and is a must stop before heading out to the battlefield. 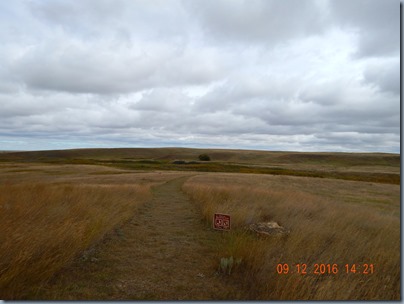 Before entering the Bear Paw Mountains of Montana, Chief Joseph’s people survived fierce fighting at Canyon Creek and left the battlefield with General Howard far behind.  However, moving rapidly from the southeast were about 520 officers, soldiers, scouts and civilians under the command of Colonel Nelson A. Miles. 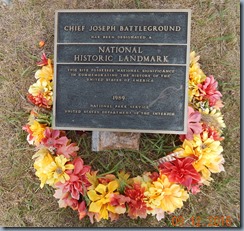 The Nez Perce made camp on September 29, 1877 along Snake Creek in the Bear Paws. There were about 700 people – warriors, women, and children. The weather turned bitterly cold, but as they made a place to sleep they felt protected by the rolling hills and their belief that Howard’s soldiers had given up the chase.  Knowing Canada was only about 40 miles north, they began at last to feel as if they would reach safety. 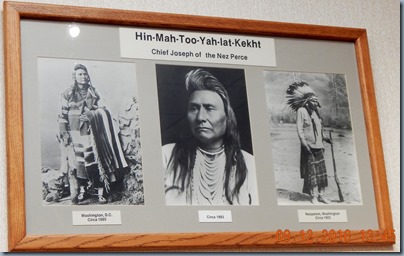 Two of Colonel Miles scouts found the village of the Nez Perce and reported back to the colonel. The battle began. After several days of battles the Nez Perce debated between surrendering, continuing to fight, or retreating. Joseph refused to attempt a breakout because it would mean leaving the wounded, the sick and the old people.

Forty miles short of the Canadian border and following a five-day battle and siege, the Nez Perce ceased fighting at Bear Paw on October 5th, 1877. 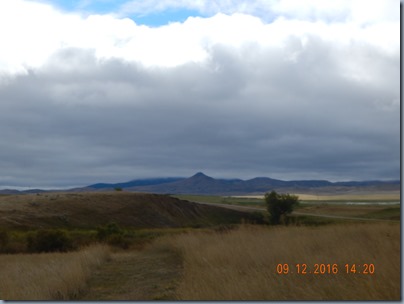 Once he and other Nez Perce leaders were confident their people would not be harmed, Joseph sent his last message to the commanders through Captain John.

“Tell General Howard I know his heart. What he told me before I have in my heart. I am tired of fighting. Our chiefs are killed. Looking Glass is dead.

Tu-hul-hul-sote is dead. The old men are all dead. It is the young men who say yes or no. He who led on the young men is dead. It is cold and we have no blankets. The little children are freezing to death. My people, some of them, have run away to the hills, and have no blankets, no food; no one knows where they are – perhaps freezing to death. I want to have time to look for my children and see how many of them I can find. Maybe I shall find them among the dead. Here me, my chiefs. I am tired; my heart is sick and sad. From where the sun now stands I will fight no more forever.” 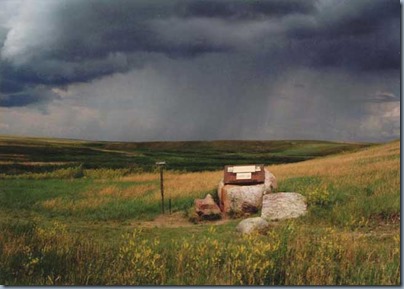 We did not walk the battlefield because it was sooo cold. The wind was blowing and even with a sweatshirt and a coat I was miserable. The Park Ranger had an amazing amount of knowledge about the battle but I felt bad for him because it was just so cold.