Who was H. Earl Clack. Sounds to me like he was definitely an ambitious guy.

He was one of the region’s foremost oilmen because of his marketing skill. Born in Texas in 1881, Clack arrived in Havre in 1899. He spent his early years peddling gas and kerosene by horse and wagon. In 1913 he formed his own company and opened his first gas station. Clack built stations across Montana and ran a chain of grain elevators. 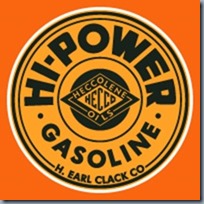 Clack entered the Spokane market in 1922, setting up tanks, distribution and new stations. He watched as competition grew and his profit margin dropped. In desperation, he tried a new idea. He placed a second gas pump next to his first and labeled it “Hi Power,” charging a penny more per gallon. Sure enough, customers bought 6 gallons of “Hi Power” for every gallon of regular.

“Salesmanship is a better avenue to success than price-cutting,” he told a reporter.

There were about 200 Clack wholesale and retail facilities across seven northern states when Husky Oil merged with Clack in 1954. Husky Hi Power became the retail name on gas stations. Clack became the chairman of the new company and died in 1955.

This museum was named for Mr. Clack and is part of the Montana Dinosaur Trail. Many dinosaur discoveries of world-wide significance have been found in Montana. One such find, 75 million year old dinosaur eggs with embryos found in the Judith River Formation. Research suggests these eggs were laid by a Lambeosaur, a large duck-billed, plant-eating dinosaur that grew bigger than most of the meat-eaters of its time. It walked on all four legs much of the time, but it could also stand easily on its hind legs, as they were much larger than its front legs. This is the skull of a Lambeosaur. 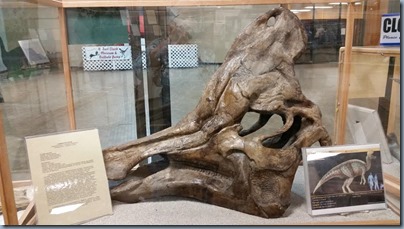 Here are just a few more of the pictures I took at this museum which is actually located in the Holiday Village Shopping Mall.

A pack saddle used by the Calvary at Fort Assinniboine. 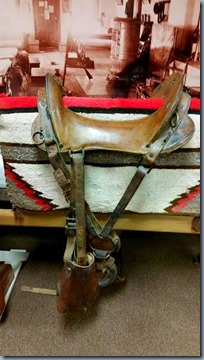 For all you quilt lovers out there. This quilt was created by Hannah McCulloch in 1892, using uniform brass from First Lieutenant John J. Pershing who was stationed at Fort Assinniboine. 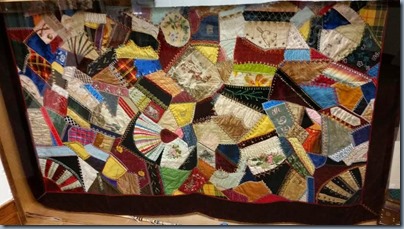 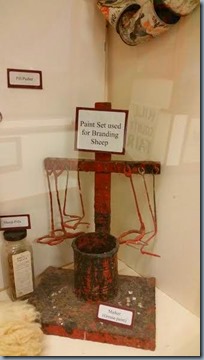 Directly behind the mall is Wahkpa Chu’gn – a prehistoric Indian buffalo jump. They were closed for the season except for scheduled tours so we didn’t get to explore. This is a picture from their website. 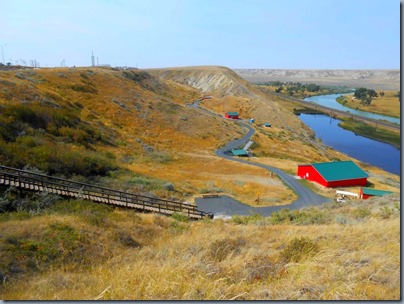