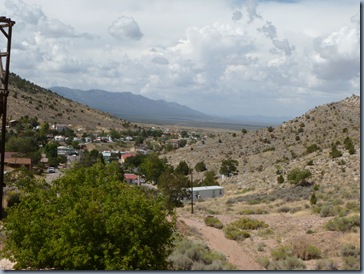 In the 1860s Pioche, Nevada was the baddest town in the west; badder than Tombstone, badder than Dodge City. It was so bad 72 people were killed before one died a natural death. The only law in town was the gun. Today, Pioche is a living ghost town. 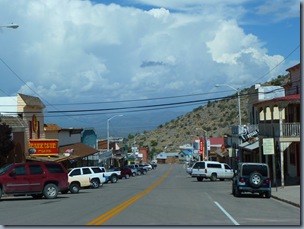 William Hamblin made the first discovery of gold and silver here in 1863. The site produced $40 million in ore. However, the town was developed by a Frenchman by the name of F. L. A. Pioche, a banker from San Francisco, to whom Hamblen sold his claims. Mr. Pioche never did visit the town named after him.

Pioche’s Boot Hill contained the first "Murderer's Row", a section  set apart from the rest of the cemetery, containing the graves of over 100 murderers. Most are unmarked. 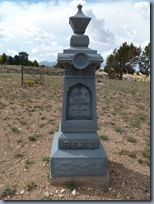 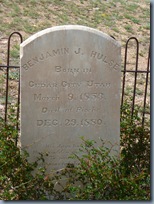 The view from Boot Hill. 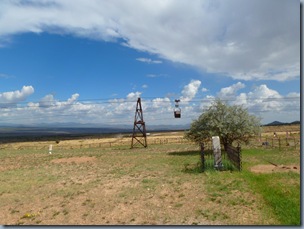 Pioche is known for its Million Dollar Courthouse which was built in 1871. The original cost of $88,000 far exceeded initial estimates and was financed and refinanced with bonds totaling nearly $1 million. (Does this type of situation sound familiar with our current government?) The Lincoln County Courthouse was condemned in 1933, three years before it was paid for. It has since been restored into a museum. 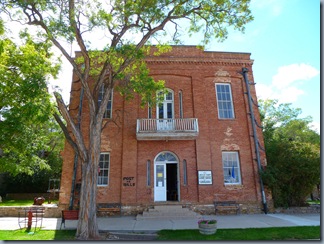 A trial being held in the courthouse. 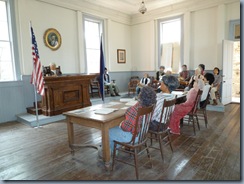 The jail is outside the back door on the second floor. 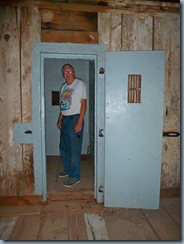 Hey Gary – here’s a law library for you. (And this is only part of it) 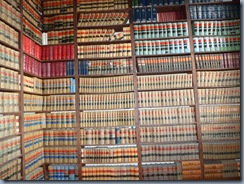 How about a typewriter or adding machine? 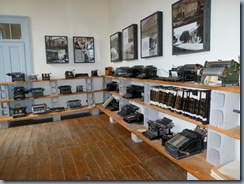 During the 1920’s and 1930’s an aerial tramway carried buckets of ore from the mines to the Godbe Mill.

You can see the mill at the bottom of the hill in this picture. 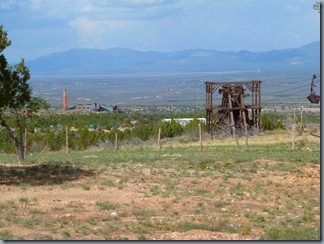 The tram was gravity powered. The weight of the ore in the full buckets going to the mill pulled the empty buckets back to the bin.  The cables still stretch across the town and ore buckets still hang from them. 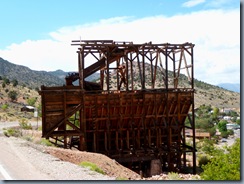 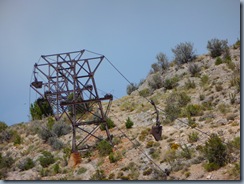 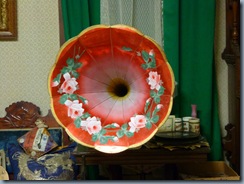 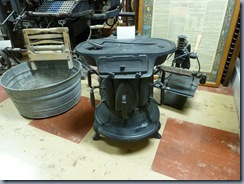 After exploring Pioche we stopped at Cathedral Gorge State Park on our way back to Caliente.

This area used to be covered by a freshwater lake nearly 1 million years ago. Over the centuries, the lake began to gradually drain. Erosion began working on the lake bottom. Rainwater and melting snow carved rivulets in the soft clay and created this truly beautiful gorge. 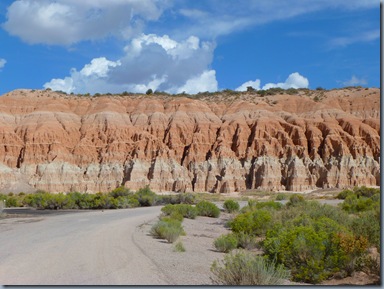 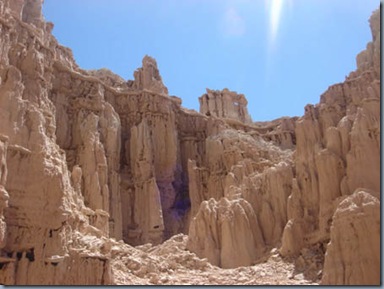 This is definitely worth a visit and offers lots of hiking trails.