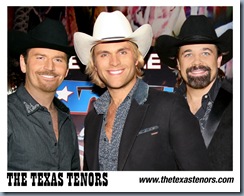 How do I begin to to tell you how good these guys are. I first heard them when they competed on America’s Got Talent and made it to the finals. I was hooked on their music. 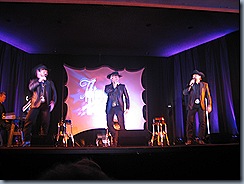 Who would've thought you could have a country singer, a contemporary artist, and a classical opera singer all on the stage at the same time? Do not go to their show thinking you’re going to hear all country music. And don't be fooled by their somber black suits and cowboy hats. The Texas Tenors take their music seriously, but never themselves. Weaving effortlessly from John Denver to Puccini to "West Side Story," the trio takes their audience on a musical ride from West Virginia to Italy to New York City. 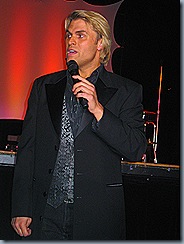 One year ago, these three friends, Marcus Collins, JC Fisher, and John Hagen were struggling to pay the bills. On a whim, after having performed together only a couple of times, the trio decided to audition in Houston, Texas, for "America's Got Talent." The three friends landed in the finals, making them the highest ranking vocal group in the history of the show.

"The most satisfying thing is when a diehard country fan says, 'I never thought I liked opera until I heard you sing,'" says John Hagen, an award-winning opera singer. And that is exactly how I feel about them. They make me like opera!