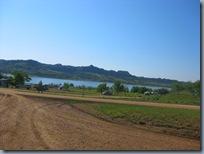 Fork Peck Reservoir was created when the 3.8 mile dam was finished being built across the Missouri River in 1937.

The dam itself is much further north near Glasgow, MT and we were at Hell Creek in the south so a visit to the dam will have to come later. 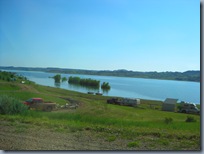 Fort Peck Reservoir is 134 miles long and has 1520 miles of shoreline which is longer than the California coastline. 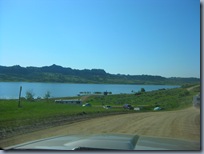 Hell Creek you travel through the Missouri Breaks. This area is a national monument and is composed of part of the badlands which extend from Montana to North and South Dakota. Lewis and Clark passed through this area in 1805 and were the first to document the beauty of this land.