FINALLY – THE ROAD OUT OF HELL CREEK 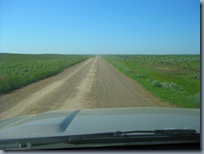 Our stay in Hell Creek was exciting weather wise. On Wednesday night Mother Nature decided to put on a thunder and lightening show for us. Haven’t seen that much lightening and rain in a long, long time. Then on Thursday at 11:00 a.m. the winds came in. 65 mph and they didn’t quit until 6:00 Friday night. We watched a lot of movies and stayed inside. 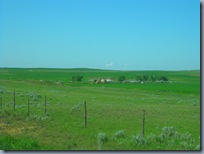 Then we found out that the storm had washed out the road so we stayed a couple of days longer. Which is a good thing because the road was in pretty good shape when we left. It had a chance to dry up and they had graded it after the storm.

But I was really happy to leave. Jim caught some fish but no biggies. But other than Bill’s big fish, nobody did very good. Even the guides couldn’t find the fish. So even Jim was ready to go. 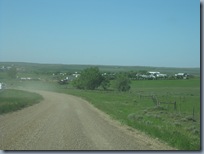 had to include a couple of pictures of the big town of Jordan, MT. There are about 400 people who live here and most of you will know Jordan from the 81 day standoff between the Federal Government and the Montana Freemen in 1996. The antigovernment contingent has been pretty quiet since then but I’m sure they are still out there. 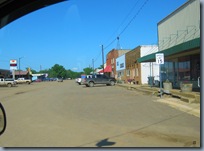