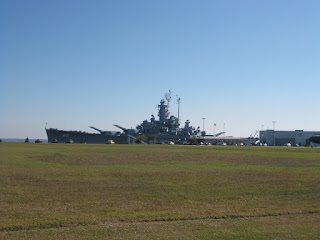 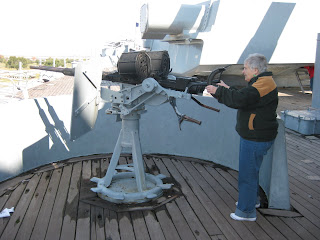 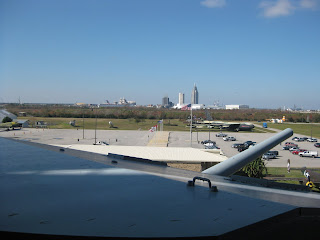 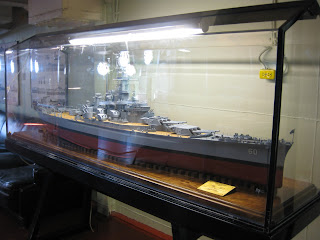 One of the things I found really interesting was the fact that there was a computer on this ship that was able to hold the guns steady even as the ship was rolling through the water. 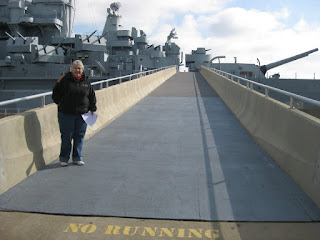 USS Alabama began her combat service augmenting the British Fleet protecting convoys on the "Murmansk Run" from England through the North Sea to Russia against German warships and aircraft. The ship transferred to the Pacific Fleet in August 1943, and earned 9 battle stars providing gunfire support for amphibious assaults on Japanese-held islands and protecting carrier task forces from air and surface attack. 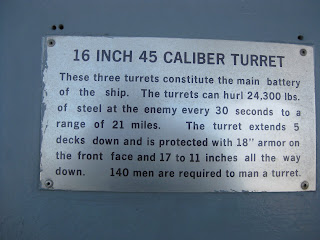 Alabama was credited with shooting down 22 Japanese planes. Her radar was the first to detect enemy bombers in the Battle of the Philippine Sea, at the unprecedented range of 190 miles. This warning enabled U.S. fighters and anti-aircraft gunners to destroy over 400 Japanese planes. 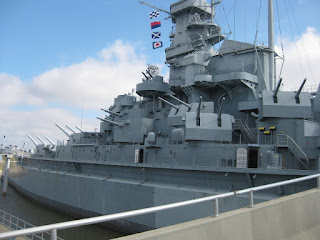 The Alabama was used as the battleship in Steven Segal's movie Under Siege in 1992.
Posted by Jim and Sandie at 8:50 PM