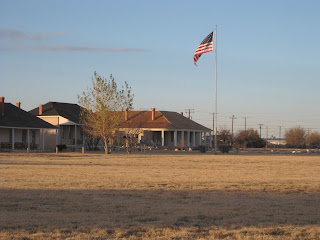 Fort Stockton was established in 1858 by the Army. It was named for Commodore Robert Field Stockton, a naval officer (which I found funny since it was an Army Fort) who had distinguished himself during the Mexican War. 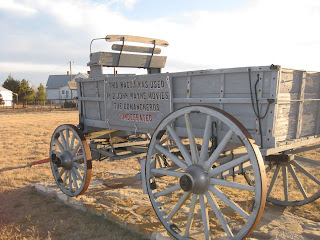 The fort protected travelers and settlers on the trails that made use of the abundant water supply of Comanche Springs. 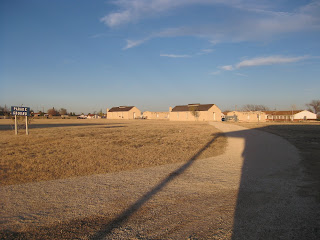 The Army withdrew from Texas during the Civil War and abandned Camp Stockton in 1861. In 1867 the fort was garrisoned by four companies of the 9th Calvary. The 9th Calvary was a regiment of black men who enlisted in the Army after th Civil War. The Indians called these soldiers "Buffalo Soldiers"

The fort was abandoned in 1886 as the frontier moved west.
Posted by Jim and Sandie at 7:32 AM