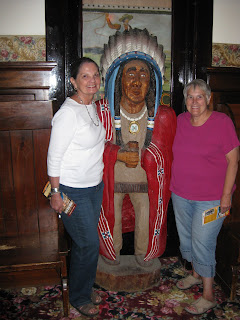 While in Cody, one of the must sees is the Irma Hotel. In 1902 Buffalo Bill built the Irma and named it after his daughter. He had two suites and an office at the hotel.

In one of the hallways of this beautiful hotel was this statue of an indian. So Judy and I, of course, wanted a picture taken. As we were posing so nicely, this guy walks up to us and says "Want a picture with a real Indian?" Now who could resist that - especially since he had all these guns and knives. Found out later he is part of the gunfight that is put on five nights a week outside the Irma. 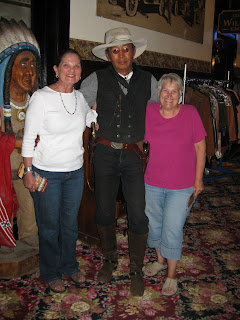 Inside the bar is a beautiful cherrywood bar which dates back to 1902. The barmaid agreed to take a picture of us sitting at the bar. It was rather dark so the bar itself can't be seen as well as I would like. It is really gorgeous. 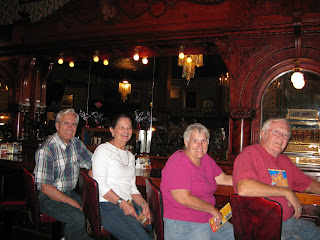 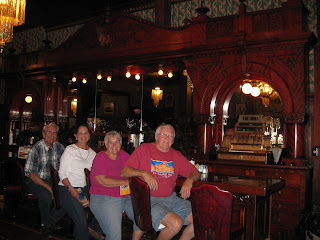