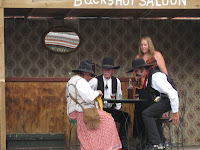 In 1996, a Centennial year, the committee of the annual Buffalo Bill Ball asked Jay Thorington to create a skit as entertainment for the guests attending the ball. Later the group that performed this skit realized that this was a great idea to perform on the streets of Cody, Wyoming next to the famous Irma Hotel. 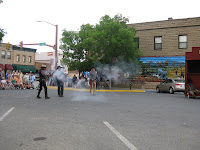 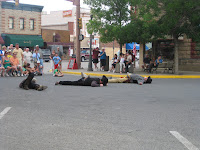 These characters represented the Wild West. All re-enactors created their own authentic costumes. 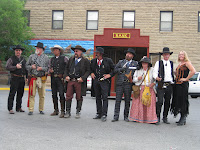 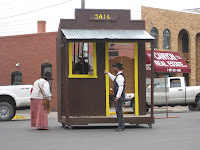 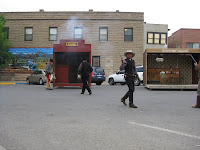 Note: If you miss this show, don't worry about it. It is very LOUD, the script could use a lot of work, the microphones have problems and the actors, at best, are just okay. It's a great way to raise money for their charity but the show itself is not worth waiting for. 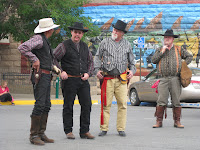