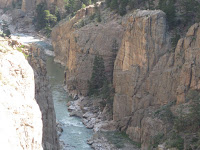 The Buffalo Bill Dam was built in 1905 on the Shoshone River. Even though the dam was started in 1905 it wasn't finished until January 15, 1910. Several contractors went broke as bad weather and floods hindered the work. Laborers objected to working fo $2.50 fo a 10-hour day when U. S. Fidelity and Guaranty Company took over the project. The workers demanded $3.oo for an 8 hour day. 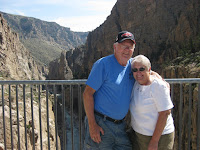 In 1946 the name of the dam was changed from Shoshone to Buffalo Bill to honor Col. William F. Cody who worked for years to raise money to being the original project.

In 1993 work was completed that raised the dam by 25 feet. It took seven years to complete that project. Jim definitely wants to bring the boat back down here and do some fishing. 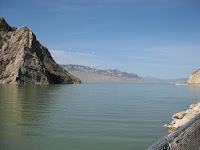