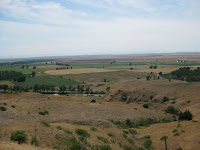 One of the really great things about having people come visit is that you get to play tourist and see those things that you've lived near for many years but never took the time to go see them. So that's what we did with Paul. We headed out in The Big Truck for the battlefield where Custer met his end. 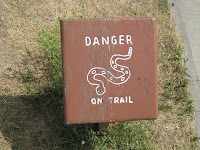 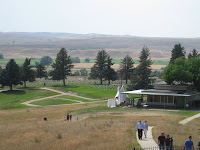 Time for a history lesson: The Little Bighorn Battle was one of the last armed efforts of the Northern Plain Indians to preserve their ancestral way of life. Here in this valley of the little Bighorn River on two hot June days in 1876, more than 260 soldiers and attached personnel of the U.S. Army met defeat and death at the hands of several thousand Lakota and Cheyenne Warriors. 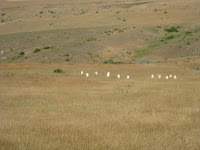 The conflict with the Indians had been on-going for many years. It's peak was reached in the decade following the Civil War when settlers wanted to move west. These settlers had no understanding of the Indian way of life and showed no regard for the sanctity of their hunting grounds or the terms of the treaties that were enforce. So, of course, the Indians fought back. 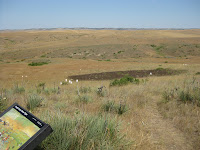 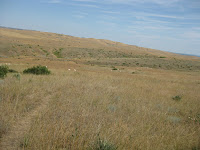 In 1868, believing it "cheaper to feed than to fight the Indians", representatives of the U. S. government signed a treaty at Fort Laramie, WY with the Lakota, Cheyenne and other Great Plains tribes giving them a large area in eastern Wyoming as a permanent Indiant reservation. The government promised to protect the Indians "against the commission of all depredations by people of the United States." 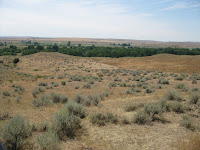 However in 1874 gold was discovered in the Black Hills, which was the heart of the Indian reservation. The army tried to keep out the hoards of gold seekers but was unable to do so. The Lakota and Cheyenne, in defiance, left the reservation and resumed their raids. In December 1875, the commissioner of Indian Affairs ordered the tribes to return before January 31, 1876 or be treated as hotiles "by the military force." When the Indians did not comply, the army was called in to enforce the order. 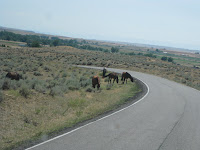 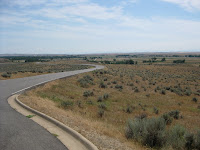 This set up the Campaign of 1876 which ended at the Battle of the Little Bighorn. Custer was serving under General Alfred H. Terry who's goal was to round up the Indians concentrated in southeastern Montana under the leadership of Sitting Bull and Crazy Horse. 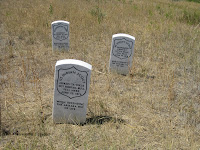 Terry ordered Custer and the 7th Calvary up the Rosebud River to approach the Little Bighorn from the South. Terry and Colonel Gibbon would go back up the Yellowstone and Bighorn rivers to approach from the north. The 7th Calvary, (about 600 men) located the Indian camp at dawn on June 25. 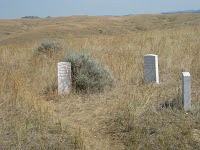 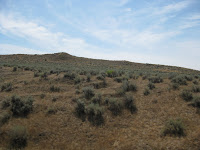 Custer underestimated the size and fighting power of the Lakota and Cheyenne and divided his regiment into three battalions. He assigned three companies each to Major eno and Captain Benteen. Benteen was ordered to scout the bluffs to the south, while Custer and Reno headed north toward the lower end of the encampment. Reno was ordered to cross the river and attack the upper end of the camp.
A large force of Lakota warriors intercepted Reno who attempted to make a stand, but there wre just too many Indians. He was forced to retreat in disorder to the river and took up a defensive position on the bluffs. Here he was joined by Benteen. 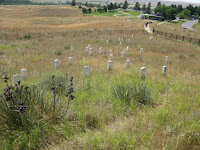 Heavy gunfire was heard to the north wich indicated that Custer too had come under attacked. So Reno and Benteen put their troops in motion northward. When they arrived on a high hill the battlefield was visible but nothing could be seen of Custer and his men. Reno and Benteen and their men were attacked on this hill and retreated to the bluffs overlooking the Little Bighorn. They were able to defend this position for almost two days until the Indians withdrew upon learning of the approach of the army under Terry and Gibbon. 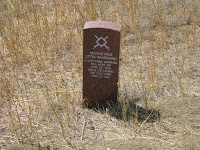 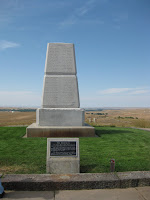 Custer's actual movements after separating from Reno have never been determined but vivid accounts of the battle by Indians who participated in it tell how his command was surrounded and destroyed in fierce fighting. 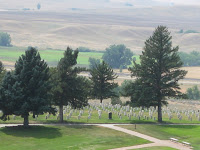 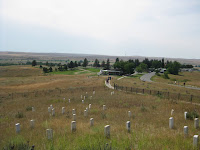 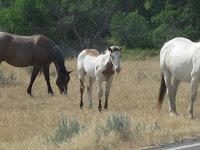