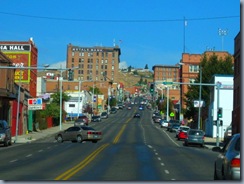 Butte is (how do I say this) a dirty, old mining town. There are nice areas in the town but a lot of it is run-down, seedy, and just plain dirty. Even the mall looks worn out. 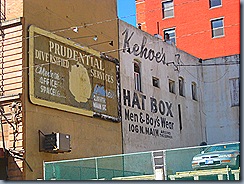 When I was growing up in Montana, Butte was always know as the armpit of Montana. But it has an amazing and risqué history. 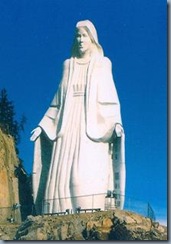 There are lots of things to see and do in Butte. One of those things is Our Lady of the Rockies. She is a 90-foot statue of Mary who sits atop the Continental Divide. She began as an idea in 1979 and was created by volunteers from all walks of life. The base was poured with 400 tons of concrete in September of 1985 and on December 17, 1985, the National Guard used a Ch-54 Sikorsky Sky Crane and final head section was placed atop the statue. She weighs 80 tons and is 48 feet wide. 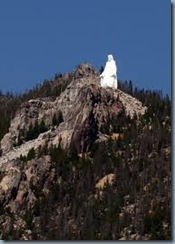 You can take a tour up to the statue but it takes 2 1/2 hours and we just didn’t have the time. So here are a couple of pictures from her website.

We also did an Underground Tour of Butte. This tour includes:

the Roarin' 20’s Rookwood Speakeasy. Carrie Nation made a stop in Butte but was put on a train and escorted out of town before she had a chance to even make a speech.

the 1890 Old City Jail. The arrow is pointing to Evel Knievel’s signature. He spent quite a bit of time down here for reckless driving. Gee – can you imagine that? This jail was used until 1971.

This was not part of the tour but he was just too cute to pass up. 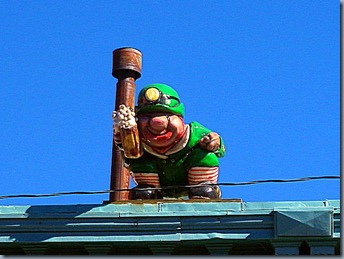 He is sitting on top of this bar: 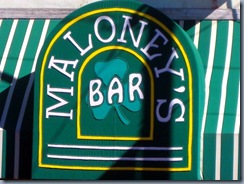 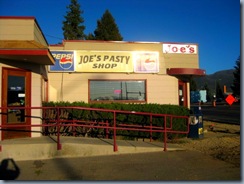 We didn’t stop in Maloney’s but headed out for pasties. For those of you who aren’t familiar with pasties, they are a meat/potato/onion pie that was brought to Butte by the Cornish/Welsh miners. In Butte, the place to get your pasty is at Joe’s. The miners crimped the edges so they could hold onto it with their dirty hands and then they wouldn’t eat the crimped portion. I like mine with gravy. Jim had chili, cheese, and onions on his. 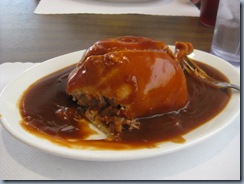 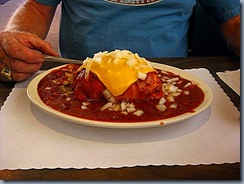