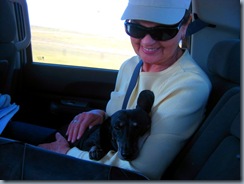 I wanted to check out the camping and fishing at Keyhole. Judy and Gary had recuperated from the Rally and were ready for an outing so off we went. Took all three of the fur ones with us – Scooter, Skittlez and Lucy. 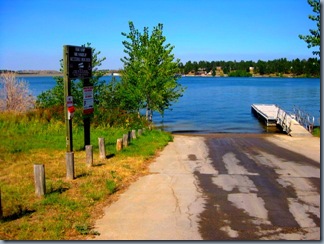 Keyhole State Park is about 65 miles from Gillette, not too far from Devil’s Tower. The reservoir is about 17,000 acres at 4100 feet. 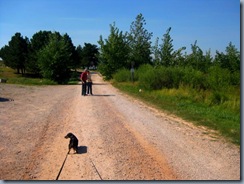 Originally the area was an Indian reservation for the Sioux Native American Indian tribes. The Black Hills gold rush (1874) created conflicts between Indians and would-be gold miners. Eventually the Sioux Indian Tribes lost control of their land. Keyhole was the brand used by the McKean brothers who had a ranch in the area. 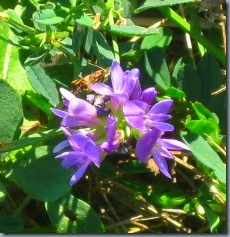 It’s a beautiful state park with lots of campsites. No hookups. We were there on Labor Day and many of the folks had left. I would think that September would be a very quiet month to be there. They do shut down the facilities on September 30. 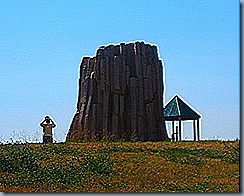 They have this small replica of Devil’s Tower sitting in the park. No sign to explain why it’s there

Supposed to be some good walleye fishing in this park so I’m pretty sure we’ll be back.