More than 150 years ago, a spring-fed creek flowed through the Las Vegas valley, creating an oasis in the dessert. 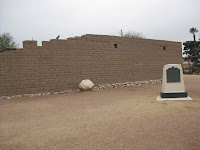 During a session of General Conference on April 6, 1855 in Salt Lake City, President Brigham Young, leader of the Church of Jesus Christ of Latter-day Saints, appointed 30 men to establish a mission at Las Vegas Springs. He instructed them to build a fort where travelers along the wagon trail between Salt Lake City and a recently established mission in San Bernardino, CA, could find protection, water and rest. He also told them to make peace with the native Paiutes, to teach them to raise crops and to share the gospel with them. 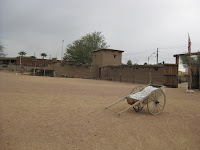 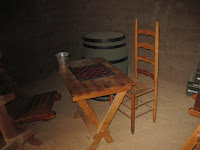 The youngest was 19 year old Artemas Millet, Jr.; the oldest was 47 year old Woilliam Spencer Covert. Most of them left families behind as they began the 435 mile journey to Las Vegas Valley. The men had only 10 days to prepare and the trip took 35 days with te horse riders arriving mid-afternoon of June 14. The wagon train portion of the party arrived the next day.
The missionaries built their fort on the Las Vegas Creek four miles east of the springs. With help from the Indians, they soon erected a 150 foot square adobe fort with walls two feet thick and ranging in height from nine feet to fourteen feet. 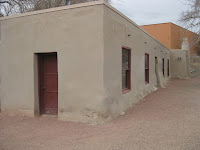 After some of the Mormons discovered lead in the mountains southwest of the mission, Brigham Young sent Nathaniel V. Jones to organize the missionaries to help mine the ore and ship it back to Salt Lake City. President Young sent a letter to Brother Bringhurst, who was the leader of the group in Las Vegas, that Jones was to have the mission's full cooperation. Loyalties among the men were tested as the two leaders tried to exercise their authority. The contention came to a head in February 1857, and the mission was dissolved. 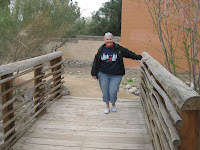 In 1865, Octavius D. Gass bought the site and developed a large ranch. In 1881, he defaulted on a loan and the ranch passed on to Archibald and Helen Stewart. Archibald was killed in a gunfight in 1884, but Helen continued to operate the ranch. In 1902, Helen sold the ranch and water rights to the San Pedro, Los Angeles and Salt Lake Railroad. A new town, Las Vegas, sprang into existence in 1905 when the railroad reached the valley. 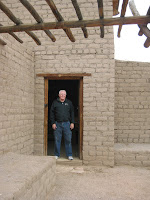