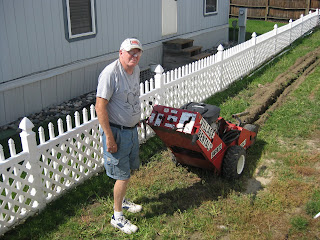 This gives you an idea of the project that we had for the summer - putting in the sprinkler system. 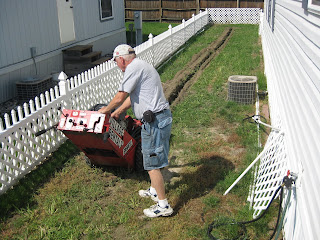 This was near the end of the trenching. Jim had already done the back and the other side of the house. We had some seeding done but we're going to have to do some more next summer. 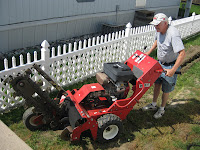 The night before we were leaving town we came home from having dinner with friends and found water pouring out from under the house. Jim got the water turned off and the next morning he had to go out and dig up the sprinkler system around the water valve. He was able to find the leak and fix it but that took about six hours. Then it was time to get ready to hit the road.