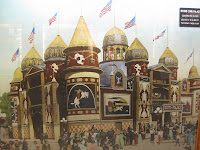 The original Corn Palace was known as the Corm Belt Exposition and was built in 1892 to showcase the rich soil of South Dakota and encourae people to settle in the area. It was originally a wooden castle. In 1904, the city of Mitchell mounted a challenge to the city of Pierre in an unsuccessful attempt to replaceit as the state capital. 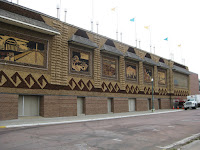 Other fun facts - Each year they select a new theme and redecorate the Corn Palace with new designs. 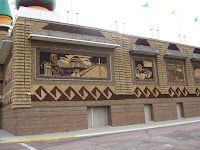 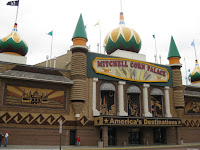 All the colors of corn are naturally grownwith special seed raised just for the Corn Palace. Each color ust be planted in separate fields to maintain its pure color.


Cornelius is the mascot of the Mitchell High School Kernels. 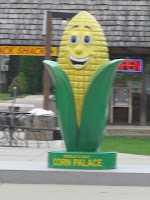