Sometimes we really luck out when we go to see an exhibit. Such was the case when we visited the World Center for Birds of Prey. 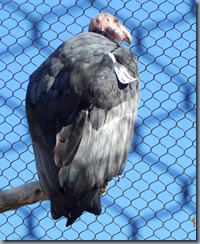 This is a very small bird sanctuary but it houses the world's largest captive flock of California Condors which are housed in nearby breeding chambers to raise young for release to the wild. They have built the Condor Cliffs for the birds to hang out in when they are old enough.

The California condor is the largest bird in North America. It has a  wing span of nine and a half feet! The bare head is an adaptation for hygiene since they eat dead and rotting meat and must stick their head into the carcasses to feed. 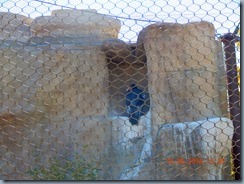 The other bird that they have helped to bring back from the edge of extinction is the Peregrine Falcon. The Peregrine population was decimated in 1950-1970 because of DDT poisoning (which was banned in 1972) and were declared an endangered species. They were removed from this list in 1999 because of the hard work of the Peregrine Fund.

A beautiful view of Boise from the outdoor amphitheater. 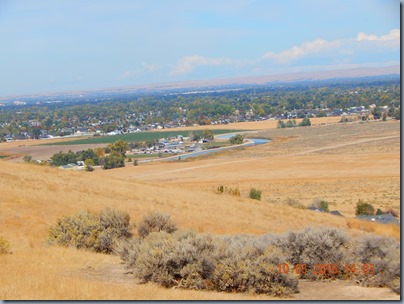 The Peregrine Falcon is a very fast flier, averaging 25-34 mph in traveling flight, and reaching speeds up to 69 mph in direct pursuit of prey. During its spectacular hunting stoop the peregrine may reach speeds of 200 mph as it drops toward its prey.

Powerful and fast-flying, the Peregrine Falcon hunts medium-sized birds, dropping down on them from high above in a spectacular stoop.

This is where we really lucked out. Normally they only do bird flights on the week-ends but they had two young birds that they were training and we were there to see it.

One of the birds was a Peregrine Falcon who had been raised by her handler from a very early age and was five months old. Monica put Cinda through her paces as she is teaching her how to kill her prey. Monica used quail meat and would swing it around like it was flying so Cinda would dive for it. She would try to keep it away from the falcon but as soon as the falcon hit the prey she would drop it to the ground and let Cinda enjoy her prize. It was fascinating to watch. 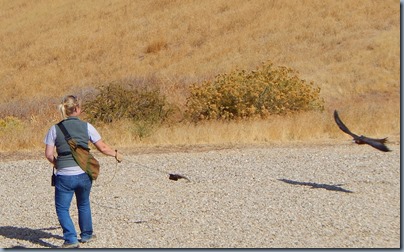 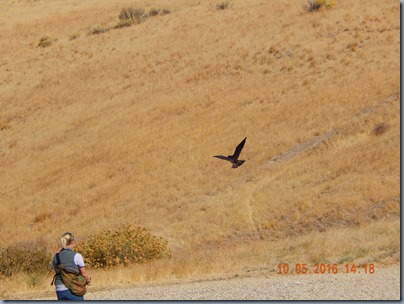 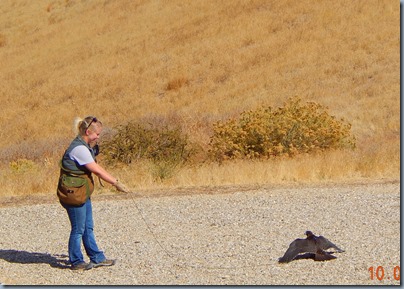 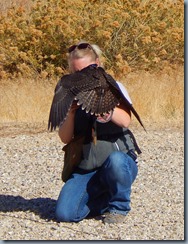 The hood is used to keep her calm and to stop her from trying to fly away. However, if she should take off, that is a GPS tracker that you see on her back so they can go get her. 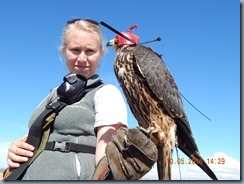 The second bird was a tufted owl (closely related to the Great Horned Owl). Wally was gorgeous to watch in flight and has been trained to fly to different perches with food placed on them. 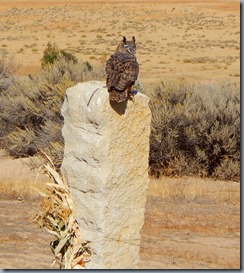 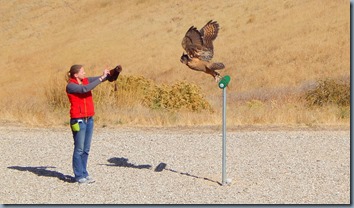 Just look at those eyes. 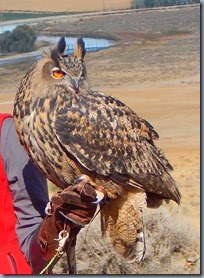