Anybody Out There Have a Buck?

Hey Jeri – if you’re ever in this area, we found a restaurant for you. We had dinner here and I think you would really like it. 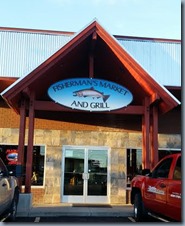 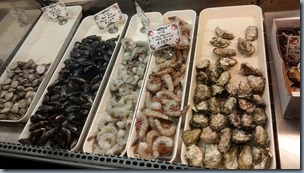 So do any of you own a Buck? Jim does. 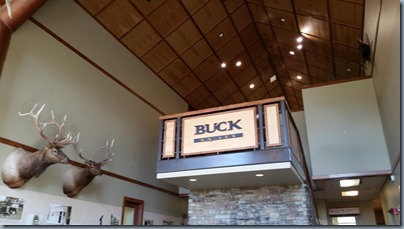 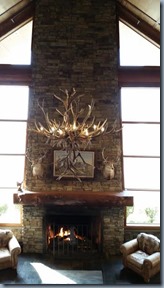 Our next stop was in Post Falls, ID at the Buck Knife Factory for a tour. It’s a free tour and they did not allow any pictures taken in the factory. You also have to wear closed toe and heel shoes. I did get this one of the gorgeous lobby. The chandelier is made from antlers. They also have a small museum and we were allowed to take pictures.

Jim is ready for the tour with his safety glasses, headphones, and tour badge. I was disappointed in the tour. They give you headsets and the tour guide talks to you through the headsets. But there is so much noise in the factory that we couldn’t hear most of what she was saying. Jim enjoyed the tour much more than I did because he had a better understanding of the process to begin with. 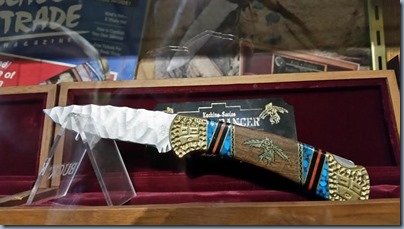 In 1902, Hoyt Buck, a 13-year-old blacksmith apprentice in Kansas, was experimenting with ways to temper steel so it would keep an edge for longer. His intent was to use the technique to heat treat the steel in garden hoes, but he would later use this same method to craft his knives. When Pearl Harbor was bombed in 1941, Buck began hand making knives using worn field blades. When Buck heard there was a scarcity of knives available for troops, he purchased an anvil, forge and grinder and set up a blacksmith shop in a church basement, where he began producing hand-made knives for the military. 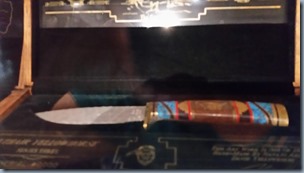 in 1964, the company introduced the Model 110 Folding Hunter knife, which became one of the most popular knives ever made.

The 110 had a 3 ¾ inch blade. The handles were typically made of wood and the bolsters constructed of brass. Its staple features were its high-tension lock and low-pressure release. The 110 was so successful that it turned 'Buck' into a broad term for all folding locked-blade knives. 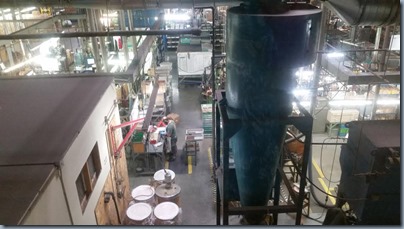 Buck relocated from San Diego to Post Falls in 2005. 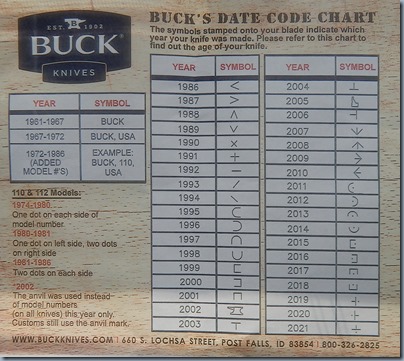 Jim brought home a new fish fillet knife made in 2016.