I still have a couple more posts to do about our one day whirlwind tour of the city.

Besides being a Roadside America junkie, I also love anything Rte 66. Nob Hill in Albuquerque is on Central Avenue which was originally Rte 66. Since it was lunch time we headed for Kelly’s Brew Pub (originally Jones Motor Company). 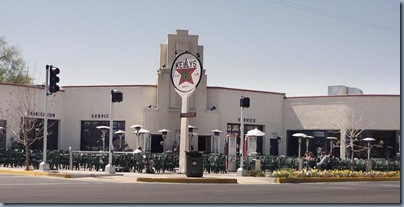 In 1939, Ralph Jones, commissioned the construction of a gas station, a car dealership, and service station along Route 66 in Albuquerque. The detailed tower above the central portion of the building was one of the first icons encountered by westbound travelers on Route 66.  Constructed at the eastern end of Albuquerque, the station featured gas pumps at an angle on one side, allowing motorists to easily access the pumps from two sides. Large display windows in front showcased the latest car models to passing travelers on the other side.  Both sides were marked by curved walls. The place became so popular that Mr. Jones constructed a canopy on the southern wall of the garage, so that the customers could unload their vehicles in the shade before servicing.

The place was packed when we were there. I thought the food was so-so but the atmosphere helped make up for that. 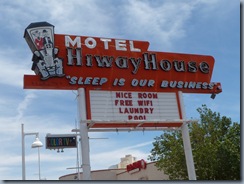 Nob Hill was developed between about 1925 and 1950 and has become a popular tourist  destination. Nob Hill has been described as "the heart of Albuquerque's Route 66 culture and also its hippest, funkiest retail and entertainment district". 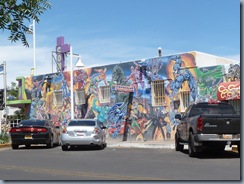 We didn’t have a lot of time to wander in and out of stores but we did take the time for this one.

Such an eclectic and fascinating area. 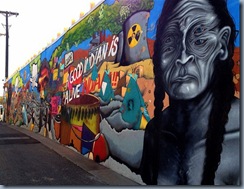 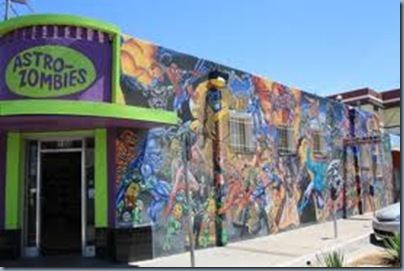