Tombstone is about 25 miles south of Benson where we are camped. A nice easy drive.

Let’s continue with our tour of Tombstone. 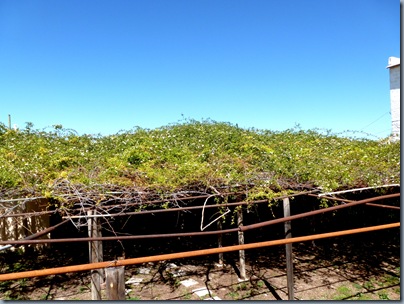 The story of the rosebush starts with a young bride,  Mary Gee from Scotland who came to Tombstone in 1885 with her husband Henry. Because she was so homesick, her family sent cuttings of the White Lady Banksia Rose from their Scotland rose garden. 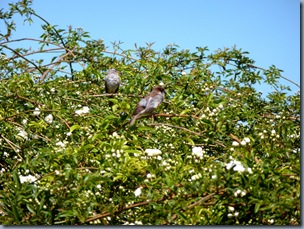 The rosebush thrived in the AZ desert and has grown into a 10 foot tall rose tree that covers over 8,000 square feet. 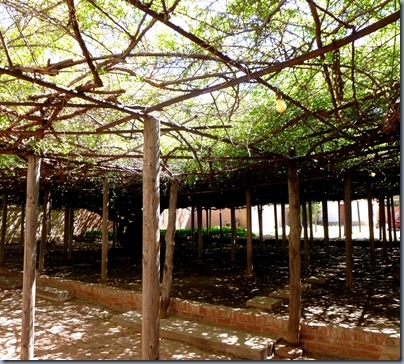 The rosebush has a massive, gnarled trunk and beams support the branches on the trellised roof. 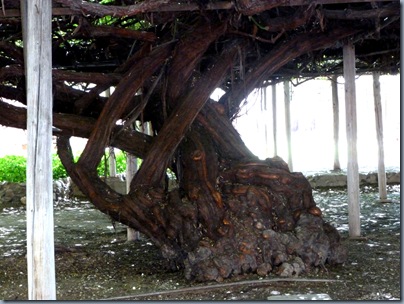 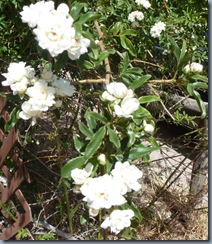 There is also a museum filled with artifacts that were discovered in Tombstone.

How would you like that wallpaper in your rig. 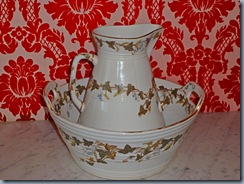 The men all thought this was the best relic in the museum. Notice I use the word relic as in an old custom: a tradition, practice, or rule that dates from some time in the past, especially one that is considered out of date or inappropriate at the present time 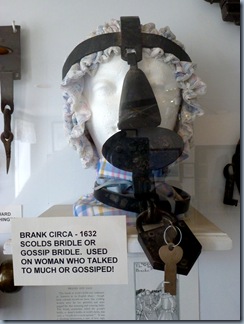 Near one end of Allen street you will find the famous Bird Cage Theater, standing much as it did over 100 years ago. In the 1880s it was not only a theater, but also served as a saloon, gambling hall and reportedly even a brothel. It was open 24 hours a day, 7 days a week - even on holidays. The New York Times called it, "the wildest, roughest, wickedest honky tonk between Basin Street and the Barbary Coast." That statement was well deserved, since the Bird Cage was the scene for twenty-six deaths during its eight years of business. 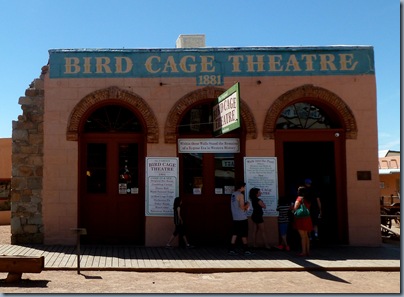 We did not take this tour – way too many people. But I would definitely want to take this one if we come back down here someday. 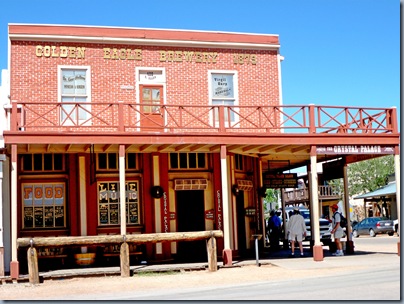 Originally known as the Golden Eagle Brewing Company, this establishment was one of early Tombstone's first saloons.

We asked the guy selling tickets for the stagecoach ride where he liked to eat when he eats out. He had mentioned that lots of people like Big Nose Kate’s but he preferred the food at the Crystal Palace. So that’s where we had lunch and it was fantastic.

Look at that beautiful bar. 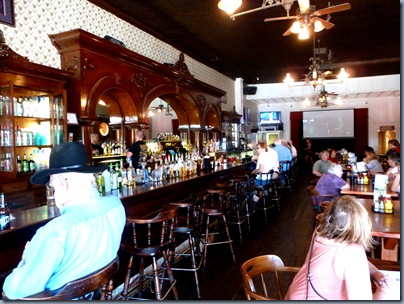 Jim really enjoyed some of the pictures hanging on the walls. 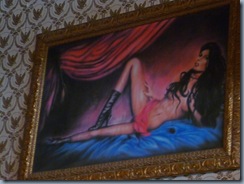 I lied, we’re going to have a third post on Tombstone. Hope you aren’t getting too bored.