We stopped in to visit with Aunt Happy. She’s doing good but was really missing my Uncle Don. She just wanted to talk about him so we reminisced together for awhile. 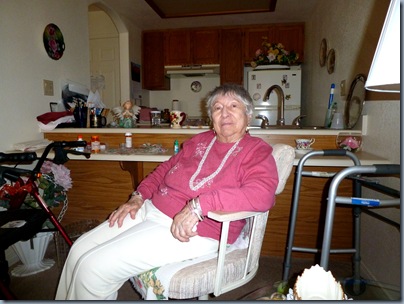 However, I must tell you she really shocked me. We arrived at her place just as she was getting home from the doctor’s office. She had gone to see a new doctor because she needed an  internist. And Happy really liked this doctor. Which is just amazing because the doctor is a woman. Aunt Happy has always insisted that women are nurses and men are doctors. Remember she is going to be 100 this August so she definitely grew up in a different time than we did. I’m still shocked that she likes this new doctor good enough to continue to see her.

After visiting with Happy we decided to head to downtown Phoenix. Now doesn’t that sound like fun – downtown in a major city. But I really wanted to go to the Wells Fargo Museum. So off we went. We actually found parking on a meter only a half a block from the bank. 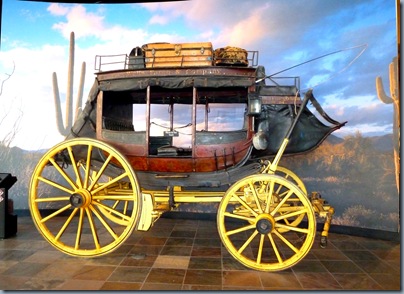 In 1852 Henry Wells and William Fargo opened an office in San Francisco to serve the Gold rush prospectors who needed to send their Gold east. Within 15 years Wells, Fargo and Company had absorbed or driven every serious rival out of business and had become the most important mail deliverer, bank, express agency, and stagecoach company in the West.

Notice the different sizes of the bills. 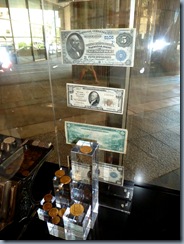 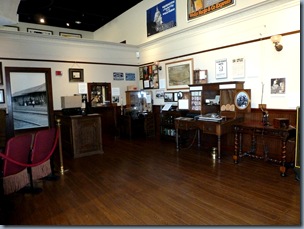 The name of Wells Fargo is well entrenched in Western history and was so well known that miners swore only "By God and Wells Fargo." 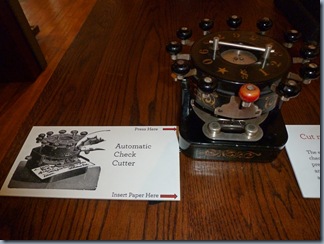 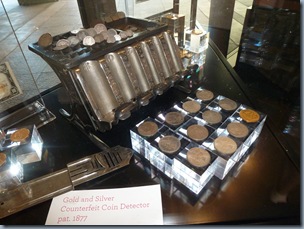 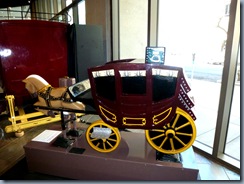 At the peak of their operations Wells Fargo employed a large force of Police and Detectives and more or less stopped the robbing of its Stagecoaches, by capturing about 240 what were called "Road Agents" including the famous Black Bart.

The railroad eventually made the stagecoach obsolete but it is still used today as the symbol for Wells Fargo Bank. 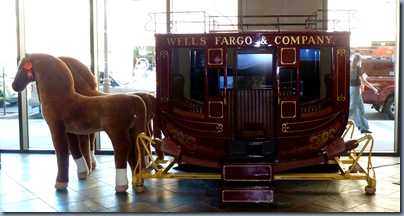 Not a big museum but interesting. Glad we went.