We are in Benson, AZ at the SKP (Escapees) Park for a week while we got exploring. Dianna is really doing great at learning everything including towing her trailer.

Last week my brother, Rob, his wife, Marie, and their 13 year old daughter, Meredith came to town. He’s my little brother as he is 9 1/2 years younger than I am. My sister is 8 years older than I am so we are a spaced out a bit.

Rob lives in VA but he also loves the Southwest. Marie had never been here and he wanted to give her a chance to experience it. They arrived Monday afternoon and had to go back on Friday (spring break for Meredith) so we didn’t get a chance to see a whole lot of them.

They got to do some exploring, visit a couple of museums, the Botanical gardens and I don’t know where else. Jim, Don, and Rob went to the Cubs vs the Angels game at Hohokam stadium. They really enjoyed that. Marie and Meredith went shopping.

They had great seats. 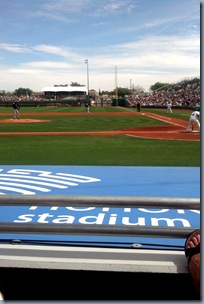 Their last evening in town we met up with them and my sister and her hubby at Joe’s Farm Grill. Retired Rod has written about it a couple of times and I wanted to check it out. Marie has a gluten allergy and I saw on their website that they had several gluten free entrees. 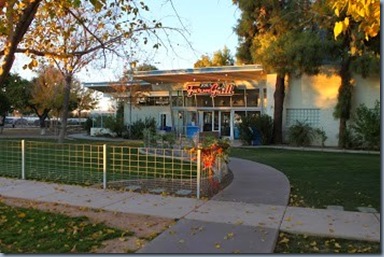 After dinner we finally got a chance to take some family pictures.

Judy, Rob and me 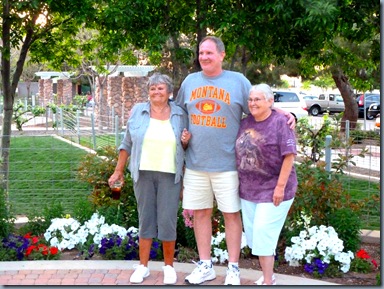 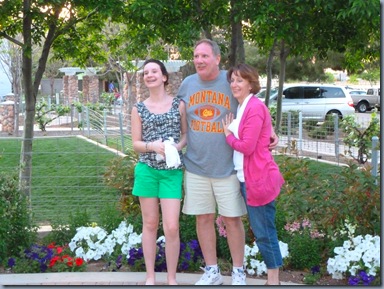 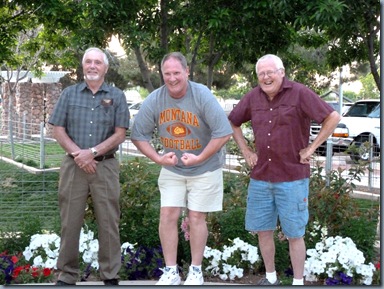 The sun was so bright and we didn’t have the right setting on the camera so the pictures didn’t turn out very good.

Tomorrow – Shoot Out At the OK Corral