The Land of Standing Up Rocks 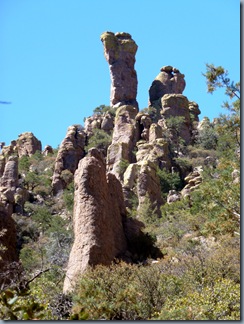 The Chiricahua National Monument preserves the remains of an immense volcanic eruption from the Turkey Creek Caldera about 10 miles away that shook the region some 27 million years ago.

The Apaches called it "The Land of Standing-Up Rocks" and Anglos later dubbed it the "Wonderland of Rocks." 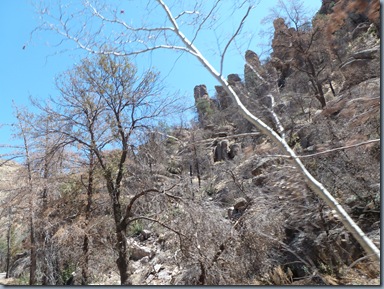 The 2011 wildfire season was an unusually difficult one in Arizona, and on June 8 the Horseshoe Two Fire, which had already been burning for a month, moved into the monument. By the time the blaze was contained on June 25, it had burned 223,000 acres within the Chiricahua Mountains, and most of the monument's nearly 12,000 acres had been affected to at least some extent. 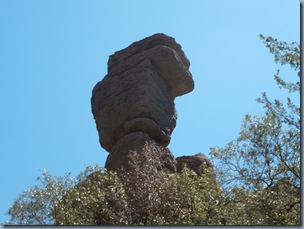 It will take years for the vegetation to return but Mother Nature is amazing in her ability to rebound from a disaster. And the rock formations were not affected by the fire. 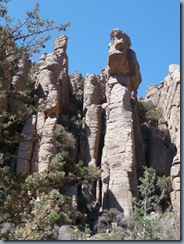 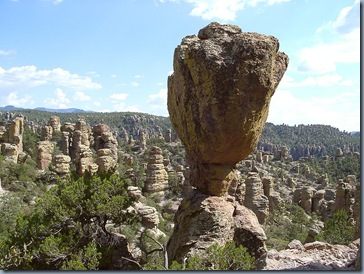 I love this area. Even though we are not hikers there are several trails that even we could handle. It’s so quiet and peaceful. 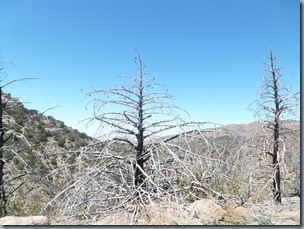 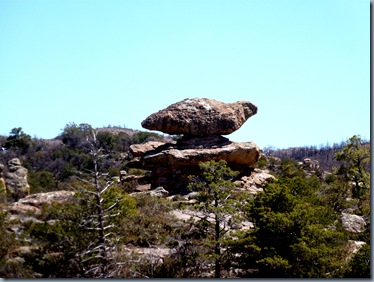 Well, except for the Mexican Jays which told us quite loudly that they wanted to share our lunch with us. 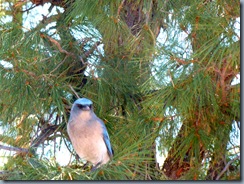 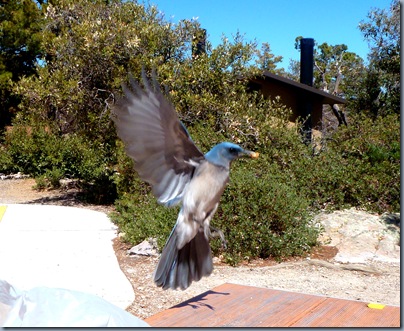 Took this picture just to give you some idea of the size of the rocks. 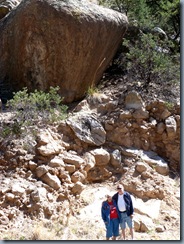 We were really happy because there weren’t a lot of people at the monument this day so we were able to enjoy it completely. 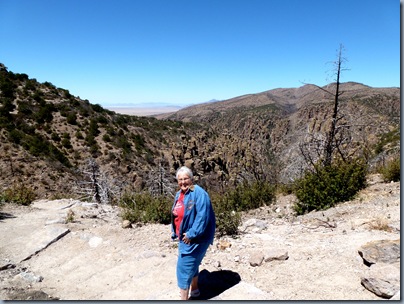 The following is one of the highlights of the visit for me. 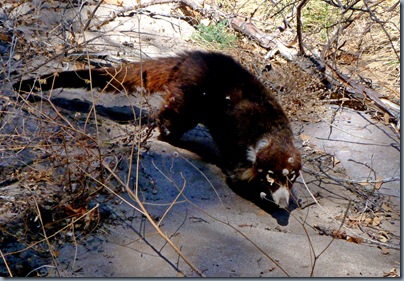 These cute fellows (or gals since I didn’t get close enough to find out for sure) are coatimundi or coati. They are a mammal related to the raccoon.

One of them happened to be on the road as we drove by and Jim stopped the truck a little further up the road so he could walk back and try to get a better picture. He saw about three of them cross the road. 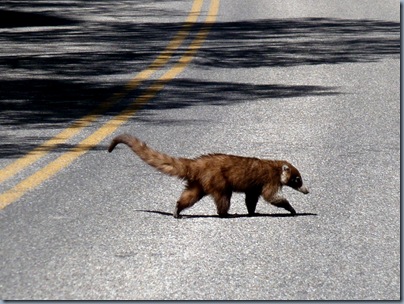 Then he heard a bunch of noise along side the road and called to Dianna and I to come look. There must have been at least 15 of these coatimundi’s moving down the culvert. They certainly weren’t afraid of us and passed right by us.

Coatimundi females and young males up to 2 years of age are gregarious and travel through their territories in noisy, loosely-organized bands made up of 4 to 25 individuals, foraging with their offspring. Males over 2 years become solitary due to behavioral disposition and collective aggression from the females, and will join the female groups only during the breeding season. 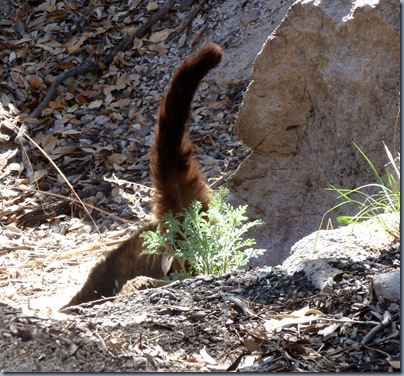 What a fantastic end to a wonderful visit.