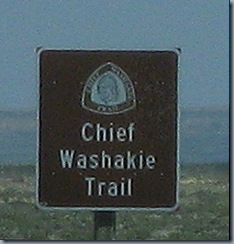 When we left Rawlins, WY we followed the Chief Washakie Trail which is Rte. 287. I did not know anything about this great Chief so I’ve been doing some studying and would like to share his story with you. 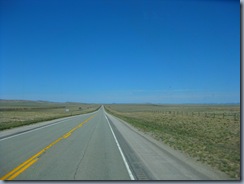 In the Capitol Building in Washington, D.C., each state displays a statue of its two most important leaders. On September 7, 2000, Wyoming selected Chief Washakie to represent the people of Wyoming. 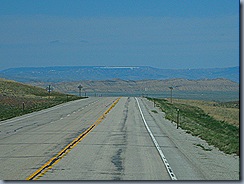 Born in the early 1800s, Chief Washakie earned a reputation that lives on to this day-fierce warrior, skilled politician and diplomat, great leader of the Shoshone people, friend to white men.

Chief Washakie loved battle. According to one story, he got his name as a young man from a word meaning "rattle" when he cleverly developed a buffalo hide instrument that he shook at his enemies to scare their horses. By 1850, Washakie was head chief of the Shoshones, apparently earning the position from his bravery in battle and wise counsel.

At about this time, wagon trains began to rumble through Shoshone country. White man was moving rapidly into the West, and there was no turning back. The Shoshone chief and his council had a big decision to make: Would they fight for their lives against the take-over, or would they choose a different road and make peace with their new neighbors? The Shoshones did a bit of both. With Washakie in the lead, the tribe attacked every stage station along the Oregon Trail in 1862, from what is now Casper all the way to the Utah border. But by the mid 1860s, the Shoshone people had also allied at various times with  the white man. They assisted U.S. Army operations, gave advice to advancing military forces, fought against the hostile Sioux and Cheyenne, and granted right-of-way to the Union Pacific Railroad that paved through Shoshone land. They also assisted wagon trains, helped weary travelers ford streams and recover stray cattle. 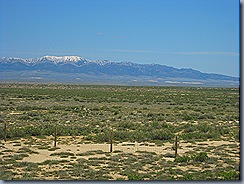 In 1863, Shoshone land stretched more than 44 million acres, from the Salt Lake valley in Utah to the majestic Tetons, and into what is today Yellowstone National Park.

On July 3, 1868, Chief Washakie signed the Ft. Bridger Treaty along with seven United States military men. Under this treaty, Washakie became one of the only chiefs to pick the location of his new home. And he chose wisely, picking a place that would be called the "Warm Valley" nestled against the Wind River Mountains, where food and water were plentiful. 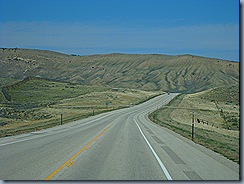 By this time, the tribe's land had been dwindled down to just over three million acres. And the government's promises in the Ft. Bridger Treaty to support the tribe quickly began to fall through. Understandably, the outspoken chief was not happy. This was a leader who had spoken out against this kind of treatment before. "The white man kills our game, captures our furs, and sometimes feeds his herds upon our meadows. And your great and mighty government-oh sir, I hesitate, for I cannot tell the half! It does not protect our rights…I say again, the government does not keep its word!" Today, the Wind River Indian Reservation spans just two million of its original 44 million acres.

The famed leader and warrior was buried on the reservation with full military honors on February 20, 1900, a ceremony no other Indian chief has ever received.