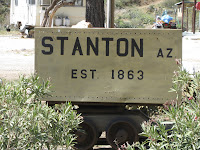 Stanton, AZ is another old ghost town rich in the history of this state. It's located north of Congress, AZ off of Highway 89. You take a dirt road that is not maintained for six miles and then you see it. 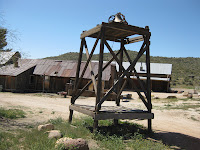 Stanton's post office was established March 5, 1875 and was discontinued June 15, 1905. At the base of Rich Hill, Stanton had in its heyday a five stamp mill, boardinghouse, store, and at least a dozen houses. Originally named Antelope Station, the name was changed to Stanton after Charles P. Stanton. The camp is rumored to have started as early as 1863 because of a gold find. Stanton was killed in his own store by two Mexican bandits who were revenging Stanton's insult to one Cristo Lucero's sister. 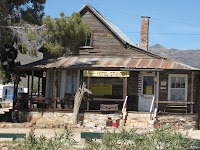 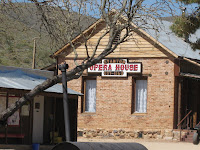 The town had a stagecoach station, owned by William Partridge and a country store which was owned by G. H. "Yaqui" Wilson. Wilson had pigs, and they were often on Partridge's ground eating the food stuff that Partridge had stored for the travellers. Charles P. Stanton plotted how to make use of arguments between Partridge and Wilson so he could eliminate both of them, thinking they would leave both businesses to him. 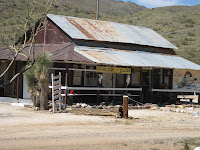 So, one day when he met Partridge, he told him that Wilson was after him. This was a big lie, but Partridge believed him, and he shot Wilson as soon he saw him. Partridge was arrested, questioned, convicted and sent to jail in Yuma. In Yuma he complained that Wilson's ghost was after him all the time. But, things did not go as planed for Stanton. Wilson had a secret partner by the name of Timmerman who took over the store, and the jailed Partridge had creditors who sold his stagecoach station to Barney Martin.
Stanton is now an RV park, and the area is owned by Lost Dutchman Mining Association who preserves the original buildings.
Posted by Jim and Sandie at 3:42 PM