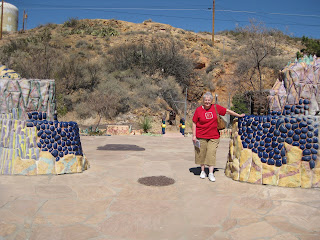 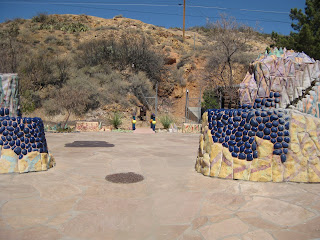 This fountain is Las Palomas Plaza which is next to the museum. It is located at the site of the original hot mineral springs where Apaches, and later white settlers, bathed. 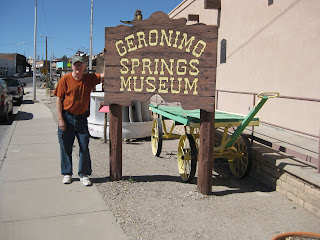 This museum is amazing. They have nine rooms full of Apache history, history of the land, and the white settlers. They have mammoth and mastodon skulls, Native American pottery of Mimbres, Tularosa and Hohokam peoples, as well as the Ralph Edwards room. (He was the host of Truth of Consequences on both radio and TV.) You could spend several days trying to see everything. We also met a couple from Virginia in the museum who are also full timers. Small world.
Posted by Jim and Sandie at 2:17 PM